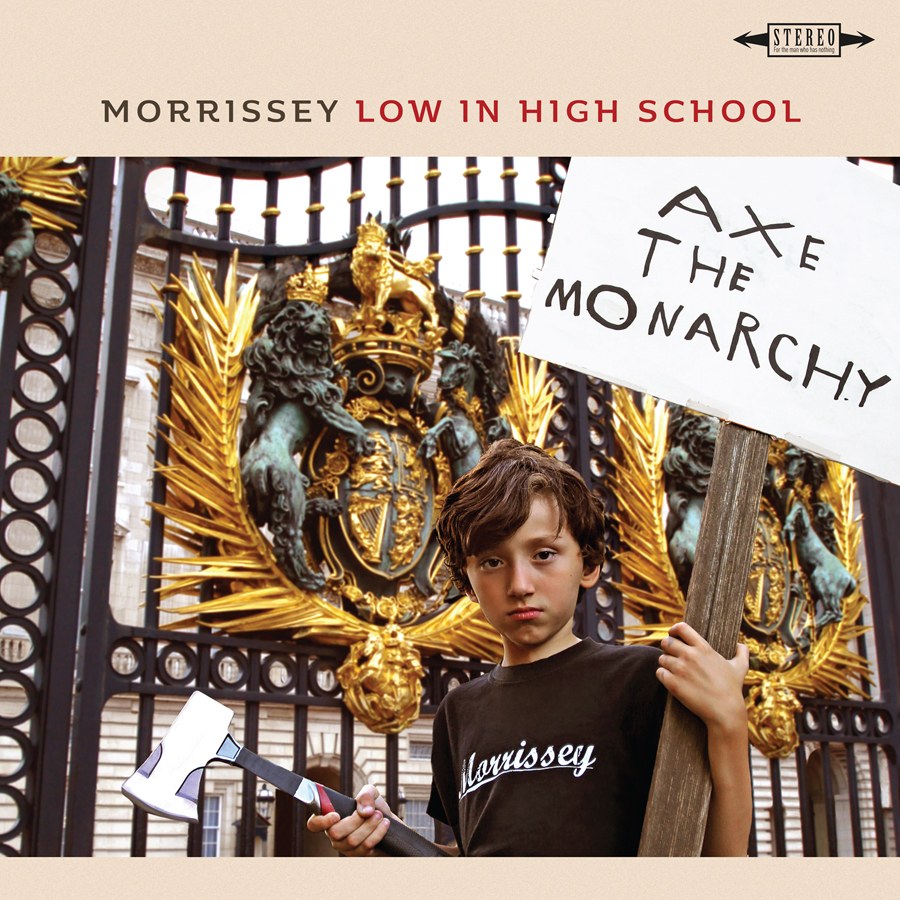 Morrissey has announced a new album, which coincides with the launch of his official Twitter. On November 17, he’ll release Low In High School, via Etienne/BMG. The album was produced by Joe Chiccarelli (Beck, Frank Zappa) and the first single to be released from the album is titled “Spent the Day In Bed.” The track is heavy on keyboards, which is a fairly unusual sound for Morrissey, and you can hear it for yourself below. That’s the album’s artwork above, and you can take a look at the tracklist below.

Low in High School follows 2014’s World Peace is None of Your Business.

Read our guide to the Complete songs of The Smiths.