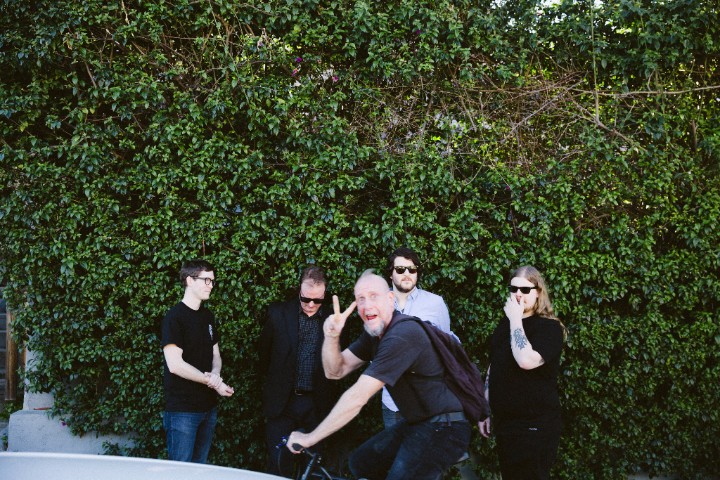 Summer’s over, fall’s dark cloud has enveloped us and…well, that’s not really true. It still feels like summer. But it isn’t, and we’re inching closer to 2017’s end. There’s still a couple months before that moment comes, but in the meantime, we’re taking a look back at the albums released in the past 30 days that went straight to the on-repeat playlist. Jangle pop, darkwave, spiritual jazz, art pop, post-punk and even some recently released music from a legend’s archive—it’s what you’ll find in our roundup of the best albums of September 2017, all of which you can stream below. 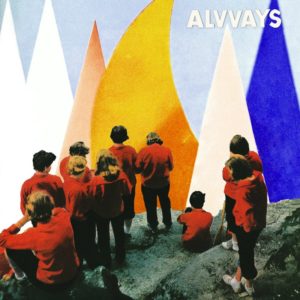 Toronto indie pop group Alvvays had an outstanding debut in 2014, albeit one that granted them plenty of room for growth. Three years later they’ve seized the opportunity with Antisocialites, a dreamier, shoegazier set of fuzzy standouts that not only enhance their sonic palette—with some assistance from producer John Congleton (Future Islands, Swans, Baroness)—but showcase the depth of their talents as well. “In Undertow” sets the tone for the album, introducing the sound of a more mature, more exploratory Alvvays, and it’s just one small chunk of a short mixtape’s worth of jangly, hypnotic anthems. – JT 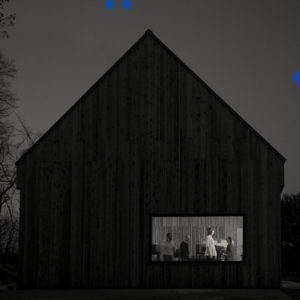 The National sounded somewhat reserved even by their own standards on 2013’s Trouble Will Find Me, so the reveal of a noisy rock ‘n’ roll riff on the early single “The System Only Dreams In Total Darkness” ended up being a promising one. It’s not as if Matt Berninger turned into David Lee Roth overnight, but The National feel looser, still brooding but with a tension that flares up in a set of some of their most immediate songs in years. They’ve embraced electronics to a greater extent, while letting the fuzz fly on the occasional rocker like “Turtleneck.” The National stay true to themselves, but not without letting their sound bleed into some fun, unexpected areas. – JT 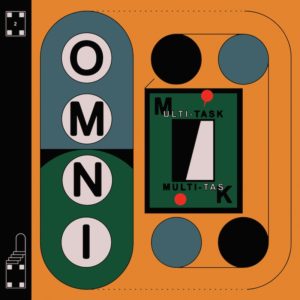 Gnarled guitars, peppy basslines and rollicking percussion dominate Omni’s sound—a sound not necessarily farfetched in post-punk microcosms of the 2010s. But what sets the Atlanta trio apart from their peers is their undeniable ability to write a highly nuanced hooks and arrangements. Building upon the foundation laid out by their 2016 debut Deluxe, the group dilate their sound with a more atmospheric approach, implementing subtle traces of glam rock into Multi-Task’s aura. They strike gold on tracks like “Choke,” “Calling Direct” and “Type,” all immediately captivating enough to turn even the most casual of listeners into steadfast fans. – PP 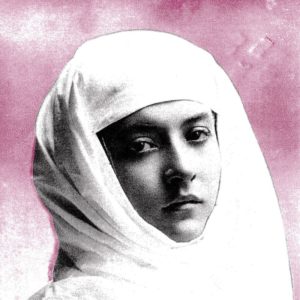 It’s maybe an obvious observation, but Protomartyr gets better with every album. Having only made their debut five years ago with No Passion All Technique, the Detroit post-punk quartet quickly but measuredly expanded outward, having built new layers upon an already rock-solid frame. Relatives In Descent is their most sophisticated and philosophical album, yet it’s also the one with the most 10-out-of-10 perfect tracks, starting with the leadoff track “A Private Understanding” on up to the eerie closing track “Half Sister.” It’s a dark spiral downward for the band, texturally and thematically, but it’s their most rewarding album to date. – JT 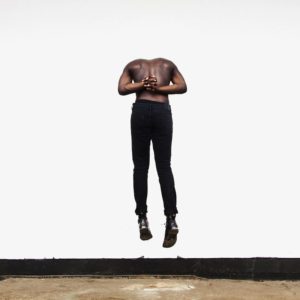 Aromanticism is beautiful. It’s spacious, sometimes abstract and caught between worlds. Is it folk? Is it pop? Is it psychedelia? Short answer: Yes. Sumney is mostly about capturing a feeling, however, and delivering a set of songs that hit the emotional center rather than navigating any particular stylistic tropes. Because of that, Aromanticism is the kind of album that requires the listener to absorb it fully, without distraction. But once it hits, it’s a rush of intense feeling, delivered in a set of beautiful, atmospheric art pop gems that occasionally build up into breathtakingly elaborate arrangements. – JT 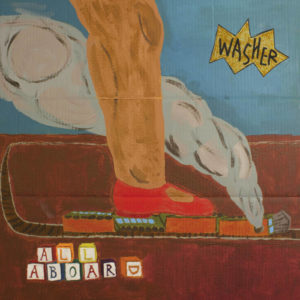 Washer – All Aboard
(Exploding in Sound)

Brooklyn duo Washer craft burly rock numbers filled with sharp, introspective lyrics over dramatic post-hardcore melodies. The band’s sophomore release All Aboard builds and transcends the achievements of their debut through tight percussion and compact, atmosphere-shifting riffs. Kieran McShane (drums) and Mike Quigley (guitar/vocals) deliver fifteen tenacious and determined tracks, commencing with the bleak reflection of “Forget Everything,” continuing on the pummelling “The Scab” and climaxing with the existentially inquisitive “Your Guess Is As Bad As Mine.” It’s an album filled with more questions than answers, awash with anxiety stemming from “no answer/no claim to truth.” – PP

Kamasi Washington is the kind of musician who does things on an epic scale. He even called his Brainfeeder 3xLP debut The Epic, just to prove that point. So it’s not that surprising to hear that his latest set of music, even at an EP’s length of a half-hour, is still a pretty expansive undertaking, with standout track “Truth” taking up the entirety of the second side. That Harmony of Difference is such a highbrown conceit—concerned with the idea of musical counterpoint—doesn’t detract from how accessible and enjoyable it is. Kamasi Washington has become one of the biggest names in jazz in the last couple years for a reason. – JT 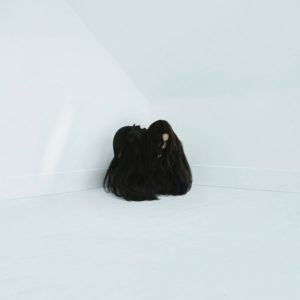 It was only a matter of time before Chelsea Wolfe up and recorded a metal album. Hiss Spun is, more or less, that album. Produced by Kurt Ballou of Converge and featuring guests such as Sumac’s Aaron Turner and Queens of the Stone Age’s Troy Van Leeuwen, it’s a set of loud, blistering, powerful dirges and rippers that end up being some of the most immediate tracks in Wolfe’s repertoire. Wolfe exorcises some hard-rocking demons in “Vex” and “Hiss Spun,” while retaining some industrial darkwave eeriness in “Offering,” though it’s an album short on songs that aren’t standouts. It’s a weird irony that her most explicitly metal album to date is also her catchiest, but why question synchronicity when it comes out sounding this great. – JT 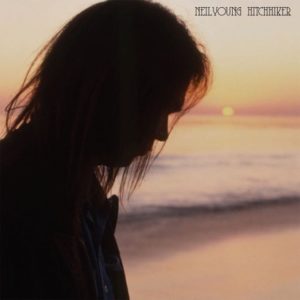 Hitchhiker is Neil Young’s long lost album. Recorded over one night during a substance-fueled retreat to Indigo Ranch Studios in Mailbu, California, the 1976 record captures the singer-songwriter at possibly his most fertile creative peak. Hitchhiker may be raw and gruff, but it exhibits Young’s casual genius. Studio banter, chord slips and mic bumps litter the final versions of the tracks, yet contribute to the seemingly impromptu nature of the music. It’s a Neil Young recording in its purest form—a young storyteller, stoned and coked up, strung out in a mild state of delirium delivering an unabated achievement in textbook country folk 40 years later. – PP 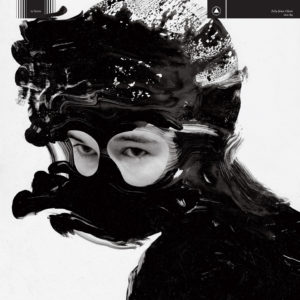 Though her brief foray into more mainstream pop territory on 2014’s Taiga was an interesting experiment, Zola Jesus’ return to the darkness with the newly released Okovi proved a much more profound and affecting set of music. With songs inspired by real-life traumas, Okovi has an emotional center that hits harder than any of her previous records. Yet Zola Jesus still finds plenty of room to innovate and turn dark inspirations into dancefloor material, from the discordant darkwave of “Exhumed” to the industrial thump of “Veka.” – JT