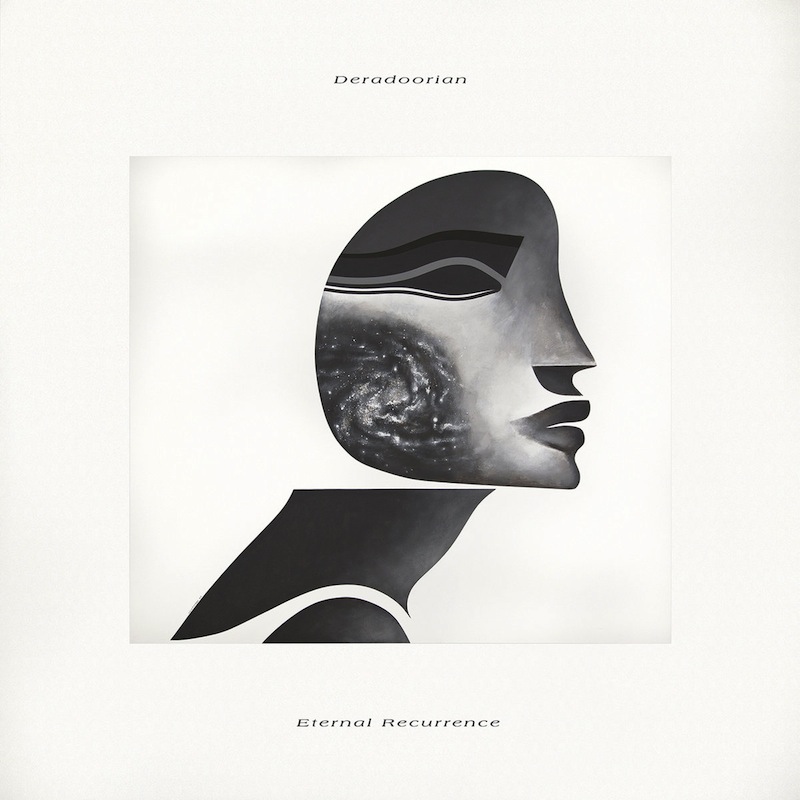 Each track— ethereal, melismatic, alive—seamlessly flows into the next, forming an atemporal landscape that evolves with every passing moment. It’s quite heavenly in the sense that it actually kind of sounds like something an angel might throw on at an intimate celestial get-together. The EP, at its core, is arcane, as it deals heavily with the concept it is named after: eternal recurrence. Simply put, if time and space are infinite, then physical existence, including our own, is likely to recur an infinite number of times. From track titles to lyrical substance, the motifs of death, transcendence, and return are referenced throughout. (Even “Ausar’s Temple” a hazy, minimal instrumental, is an allusion to Osiris, the Egyptian god of regeneration and rebirth.)

Exactly what is meeting death in order to return is not clear, but the idea that love is an integral element, if not the raison d’être, for this unending cyclical process is rather evident. At times, love used in contrasting contexts: The opening track, “Love Arise” builds up to the line “Loves the only thing keeping me alive,” where “Mirrorman,” the EP’s concluding track, toys with the idea that “True love is the product of destruction of oneself.” “Mountainside,” having been the first single dropped in anticipation of this project’s release, is an exceptional introduction its themes. One of the more airy songs on the EP, it’s a graceful declaration of love’s omnipresence, in nature, in ourselves, even with no one around. Which, in a way, characterizes Eternal Recurrence as a whole: Its carefully crafted melodies painted over an immaterial sonic mural lulls the listener into a state of feeling embraced.

Nietzsche’s solution to any anxiety that may arise from pondering eternal recurrence is amor fati, meaning “love of fate”: that you would never want anything in your life to be different, not the past, the future, or the rest of all eternity. If Deradoorian’s Eternal Recurrence does any one thing, it’s help us feel love and acceptance for the way things are. And, ultimately, it is quite a lovely album in itself.