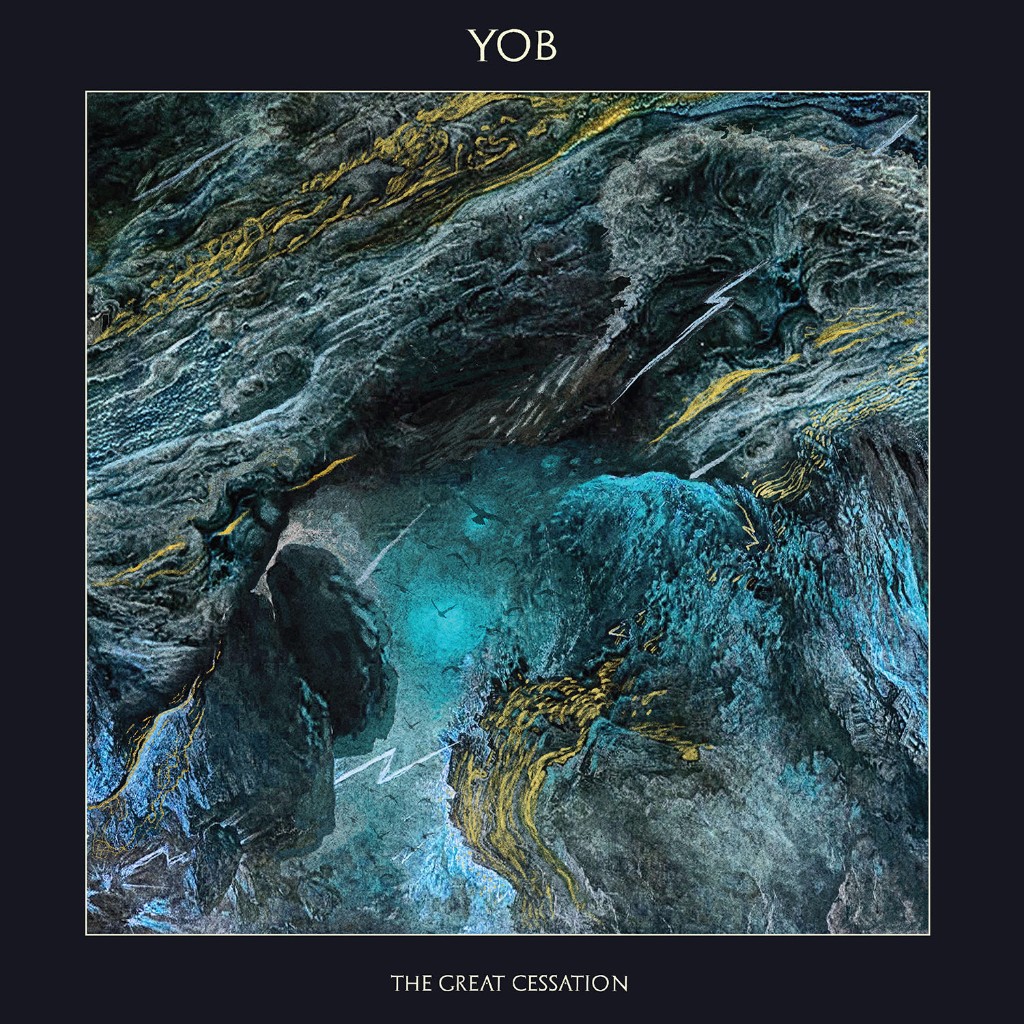 YOB have announced an expanded reissue of their 2009 The Great Cessation, out December 8 via Relapse. The reissue features two bonus tracks in addition to the original tracklist, and it’ll be released in 2xLP, CD and digital formats.

The band’s vocalist and guitarist Mike Scheidt released a statement about the album: “With The Great Cessation, we were revitalized from our break, we just had Aaron join the ranks with the single best new potential member audition (since Travis) and the album basically wrote itself. When we broke up, we played generally to very small crowds in a very small scene. When we came back, our return was met with a scene that has caught up to what the genre’s best had to offer, and we all of a sudden had opportunities we’d never had before. Hell, we did shows with Electric Wizard, Orange Goblin, High On Fire, that were attended by 50-ish people in the early 2000s.”

YOB have also lined up some 2018 tour dates. Take a look at those below, as well as the new cover art above.

1. Burning The Altar
2. The Lie That Is Sin
3. Silence of Heaven
4. Breathing from the Shallows
5. The Great Cessation
6. Blessed by Nothing (Bonus Track)
7. Pain Like Sugar (Bonus Track)

YOB’s Clearing the Path to Ascend is featured on our list of the Top 66.6 Metal Albums of the Millennium.