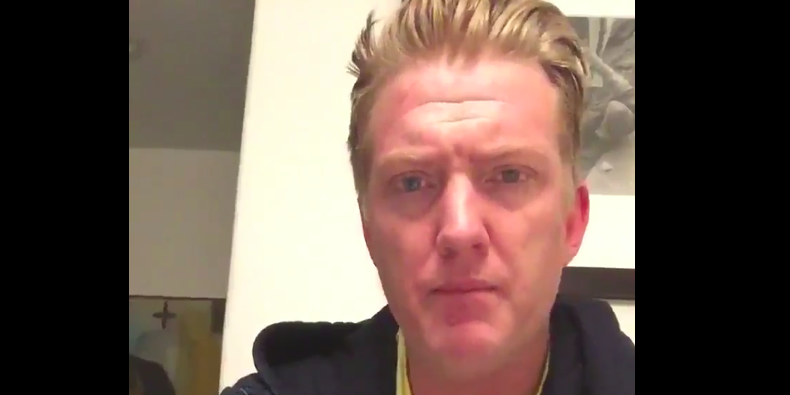 Josh Homme has issued a video apology for kicking Chelsea Lauren, a photographer, during Queens of the Stone Age‘s performance at KROQ’s Almost Acoustic Christmas on Saturday night. After the incident, Homme initially released a written statement saying that “I would never intentionally cause harm to anyone working at or attending one of our shows and I hope Chelsea will accept my sincere apology.” Following that, late last night Homme released a video apology, in which he says to Lauren, “I was a total dick, and I’m truly sorry and I hope you’re ok. I’ve made a lot of mistakes in my life and last night was definitely one of them and I apologize for that to you.”

Homme also says in the video, “I’m going to have to figure out some stuff, I think. Cause rock ‘n’ roll is a wonderful thing—it’s supposed to save and help people, not mess them up. Chelsea Lauren, I hope you’re OK and I’m truly sorry. I understand you have to do whatever you have to do. I just want you to know that I’m sorry.”

Watch the video below.