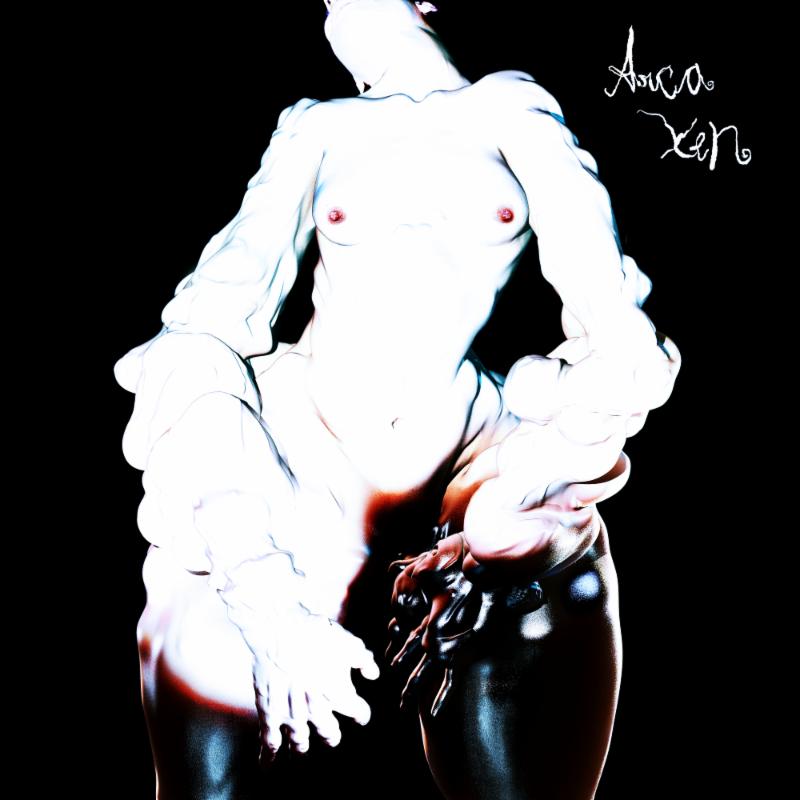 Venezuelan artist Alejandro Ghersi, better known as Arca, has a pretty impressive resume that includes production work for FKA Twigs’ EP2 and LP1, as well as Kanye West’s 2013 album Yeezus. And after releasing his own mixtape &&&&&, Arca is making the move to Mute Records, which will release his debut album Xen. Xen will be released on Nov. 4, on CD, LP and special limited edition vinyl, which will include a bonus 10-inch of unreleased material. That’s the album’s cover above, and you can find the tracklist below, along with a stream of new song “Thievery.” And based on “Thievery,” this album has a high probability of being loaded with hypnotic, ethereal bangers.