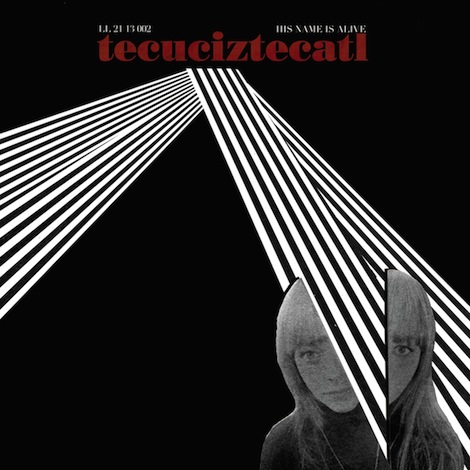 His Name Is Alive became critical favorites in the ’90s when frontman Warren Defever began releasing a series of intricate and beautifully written and performed albums via 4AD that spanned from soul to twee-pop to world music. And since then, Defever’s been pretty prolific, having released around 25 albums since 1990. Now, there’s another one on the way, titled — wait for it — Tecuciztecatl. The album will be released on Oct. 28 and distributed through Light in the Attic. It’s being called a “psychedelic rock opera” and sounds pretty trippy based on new track “African Violet Casts A Spell,” which you can hear below.

Here’s a synopsis of the album, from a press release:

The rock opera is imagined vaguely in the shape of a 1969 Hammer horror film: bloody, British, gothic, and brimming with beguiling and attractive vampires. The songs are written from the perspective of five characters: the mother, the doctor, the twins and the librarian whose side hustle is demon hunting. The story begins with a young woman getting an ultrasound who discovers she’s pregnant with twins. Realizing something is going terribly wrong, “I think I’m missing something on the inside,” she visits a local library for research. The librarian instructs the woman on how to kill the demon baby without harming the other twin, and together they carry out the various rituals necessary. Eventually one baby is born.

Defever and guitarist Dusty Jones also did something pretty badass in addition to all of this psychedelic wonder. They made a supercut of every Thin Lizzy guitar solo from 1973 to 1983, which reportedly served as a study guide before they engaged in their own badass fretwork on the album. Get on that crazy train below and freak out for 72 minutes.