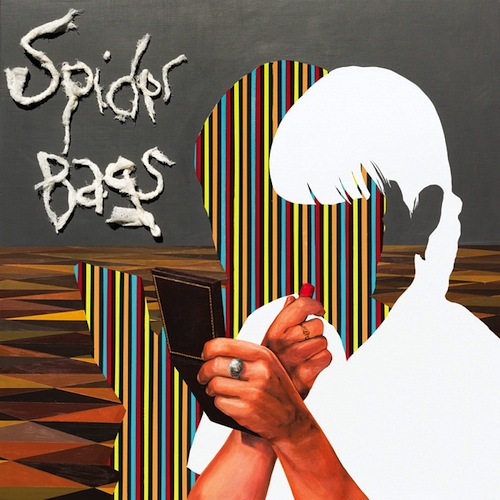 That Titus Andronicus’ Patrick Stickles has called Chapel Hill, North Carolina’s Spider Bags one of his favorite bands in the world is a good enough reason to pay attention to the band’s music — as well as a fairly good indication of what the listener is in for by spinning any of their excellent records. They’re rocking and raucous, rowdy and fun, but tuneful well beyond the typical limitations of their chosen genre — garage rock. But to call them “garage rock” also might carry certain implications about the group that don’t necessarily fit their real-life approach. They’ve got a bit more Southern rock twang than your average Sonics worshippers, and they’re not as heavily influenced by ’60s psychedelia as someone like Ty Segall. The real heart of what makes them garage rock is essentially the mixture of elements at the core of every great rock or punk band: fuzz and hooks, not necessarily in that order.

Frozen Letter, the band’s first album for Merge, is essentially a continuation of the distorted, rollicking sound they’ve been hammering out all along. And like its predecessors — 2009’s Goodbye Cruel World, Hello Crueler World and 2012’s Shake My Head — it’s about as raw and joyful as rock ‘n’ roll gets. It’s loud and sloppy, drunk and debauched, and yeah, it’s got its share of splendid melodies, riffs and choruses. The heady rush of “Back With You Again in the World”‘s opening jangle sets the tone for the album, frontloading it with dueling guitars and sing-along verse from frontman Dan McGee (“I’ll always be honest with you/ it’s true“). Some blazing saxophone cuts through the layers of guitar strings, and though it comes close to just collapsing in a mess of reverb and fretboard scratch, it merely dances along that precipice, embracing the possibility of chaos while never actually allowing it to take over.

The hits come fast and frequent on Frozen Letter: the four-chord euphoria of “Japanese Vacation,” the extra fuzzy riffs of “Chem Trails,” the blown-out teenage kicks of “Summer of ’79,” et al. By the album’s second half, however, the band takes down the tempo by seemingly exponential levels, each song from that point on stretching past five minutes apiece, and hushing their tones on “Coffin Car” and “Walking Bubble.” And though these two tracks are a bit of a buzzkill, they don’t by any means indicate a loss of steam. The twang-heavy blues rock of “We Got Problems” is actually one of the album’s strongest tracks, slowing down and settling into a strong melody rather than rushing straight through it. Spider Bags play fast and loud, but not exclusively so, and that’s one of the most refreshing things about them. They can rock with the best of ’em, but it’s not like they’re married to the idea.