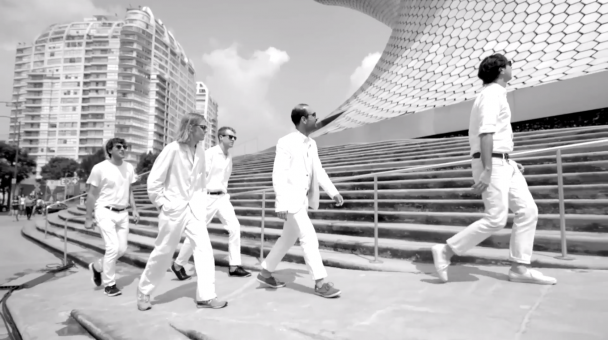 Real Estate have already released a couple of great videos from their stellar new album Atlas, including “Talking Backwards” and “Crime.” And today, they’ve released another one for “Had to Hear,” which has the look of home movies. The band hangs out on a riverboat, eats some bar snacks (are those bugs?), watches a mariachi band and then performs the song onstage. It’s a laid-back and fun clip that absolutely goes along with the dreamy sound of the song. The clip was directed by Richard Law, and shot in Mexico City.

The group is also releasing a 7-inch single for “Had to Hear,” which includes a cover of The Nerves’ “Paper Doll” as the B-side. It’s out Aug. 25 via Domino.