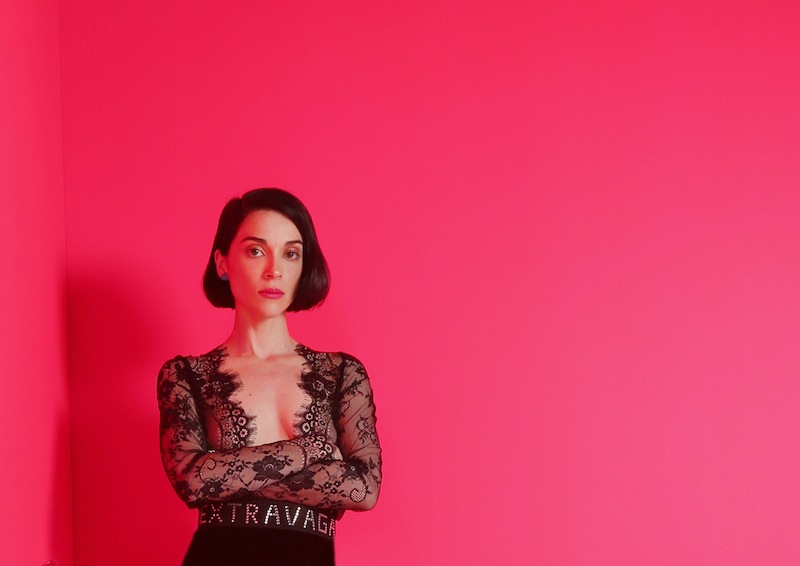 Amazon Music has just announced it’s released a set of five covers of songs by Rock and Roll Hall of Fame inductees ahead of tomorrow’s induction ceremony. Included in the batch of covers are St. Vincent taking on Nine Inch Nails’ “Piggy,” Savages’ Jehnny Beth doing another Nine Inch Nails track, “Closer,” The Kills covering T. Rex’s “Cosmic Dancer,” Real Estate offering their interpretation of The Doobie Brothers’ “What a Fool Believes,” and Eyelids covering Depeche Mode’s “Enjoy the Silence.” Hear each of the five tracks below.

St. Vincent’s Annie Clark said of her selection of tracks, “[‘Piggy’] remains one of my favorite Nails songs to this day. I am obsessed with the slinky tambourine that is just a little lazy in feel. And when I took this song apart to cover it, it took me a long time to really understand the immensity of the groove. It’s a dark, industrial reggae. Muscular, but never as distorted as you imagined it when you think of it in your head… They made a complicated thing seem easy and made big, bold sonic choices.”

Amazon has also re-released the audio documentary The Birth of Biggie, about The Notorious B.I.G.’s debut album Ready to Die. And in 2021 Brandy will release an Amazon Original cover of a Whitney Houston song.