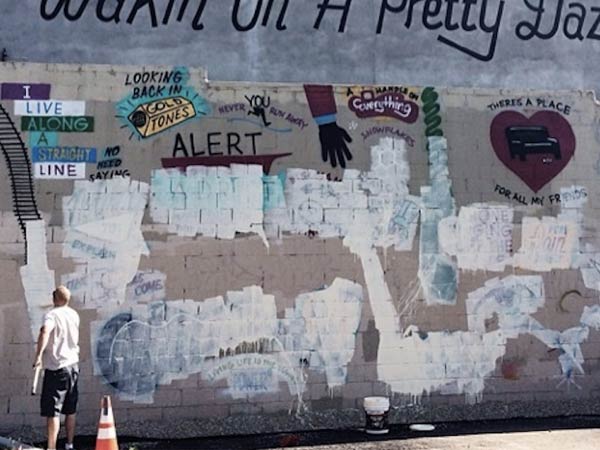 This weekend in Philadelphia, a man was spotted buffing over the city-commissioned mural that artist Steve “ESPO” Powers recently created as an unveiling/album cover for Kurt Vile’s excellent Wakin On a Pretty Daze.  The vandal, who was caught in the act by an Instagram user, claimed that he was destroying the piece of art because it was encouraging graffiti in the area.  The irony that his acts came much closer to graffiti than ESPO’s work seemed to escape him.

According to Vile’s Facebook page, he and ESPO are already planning to fix and update the mural in the near future.  A local DJ confessing to be the vandal has since apologized and blamed a mental breakdown for the incident.