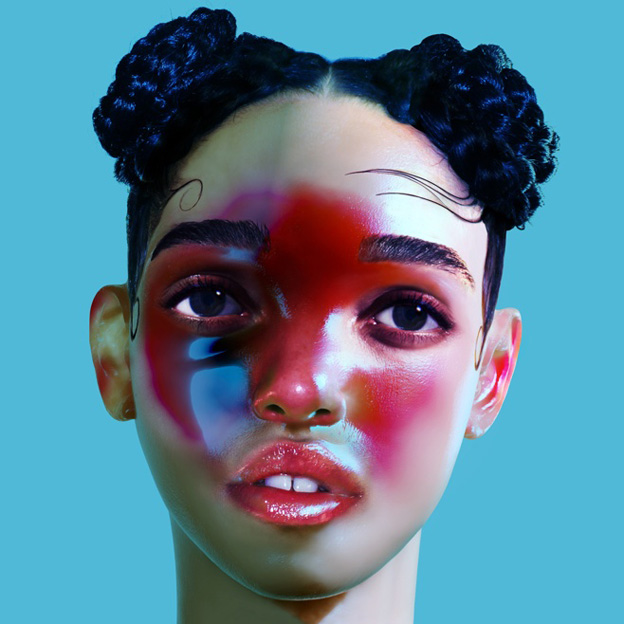 R&B singer and Auto-tune auteur T-Pain caught The Fader by surprise in June when he said that UK artist FKA Twigs changed his life. This is a fascinating turn of events; Twigs is, essentially, everything that T-Pain isn’t. She’s English, she’s a woman, and her avant garde, minimalist song style goes against every mainstream radio pop rule of the past 20 years. When Twigs, born Tahliah Barnett, dropped her second EP — titled EP2 — last year, there wasn’t much like it out there. She drew parallels to similarly abstract R&B artists like The Weeknd and ’90s era Bristol trip-hop, but these only really provide a foot in the door of her strange and beautiful sonic universe — which is familiar in small doses, but almost always utterly gorgeous.

The appropriately minimally titled LP1 reveals a deeper focus into the hazy and mysterious sonic space that Twigs occupies, but obscurity remains one of her greatest assets. In the standout first single “Two Weeks,” her voice is beautiful and airy — a barely-there wisp of an instrument that highlights the gently vibrating tones of the song’s heady, synth-laden beats. But decipher her sweet coo and all of a sudden it grows startlingly intense: “I can fuck you better… motherfucker, get your mouth open and you know you’re mine.” Twigs’ sentiments — even at their most vulgar — gain their strength through whispers rather than screams.

LP1 expands Twigs’ sonic palette considerably, using the sparse, slow-moving ether-and-snare approach of EP2 by filling in a few more of the open spaces in her songs — but only by small degrees. Twigs isn’t Beyoncé; she excels at intimacy rather than at grand gestures, and when your homebase is something as stark as “Water Me,” then a little bit of expansion can go a long way. The woozy bass at the center of “Video Girl” lends Twigs’ semi-autobiographical song (Barnett used to be a dancer in music videos) a bit more radio-friendly funk than she’ll typically indulge in, while “Pendulum” builds up from a rickety wheeze of a beat into one of her more sumptuous slow jams. And her vocal performance on “Numbers” finds Twigs rising up well beyond her breathy, higher register and embracing her own full-throated inner diva.

It’s not just that the songs on LP1 sound fuller, though. They are fuller, but more than that, they provide greater depth and character than anything Twigs has released to date. EP1 and EP2 were scene setters, but this is where the action begins — Twigs really comes into her own as a songwriter here, as well as an artist with a singular vision. And it’s not just on a song-by-song basis; there’s a fascinating flow to the album, wherein the opening of one door leads into another beautiful and foreign corridor, and the door at the end of that hallways leads to yet another. “Lights On,” the first proper song on the album, gets off the ground slowly but wondrously, its mesmerizing chorus arriving as if by miracle, only to give way to the sensually hypnotic “Two Weeks” and then the woozily captivating “Hours.”

On LP1, FKA Twigs broadens her scope to encompass a greater range of sounds and a more varied stylistic approach, but whether she’s letting her vocals soar and turning up the bass, or simply basking in a paper thin sheet of electronic tones, each song still feels like a personal performance, or a closely held secret — in the case of T-Pain, a life-changing one. It all comes back to intimacy here, in a way that even peers like The Weeknd don’t touch. Where Abel Tesfaye might give you the impression he’s locking you in his S&M dungeon when he hits a certain frequency, there’s something more tender and human about FKA Twigs’ curiously spectral soul. In the album’s first song, “Lights On,” she keeps coming back to the chorus, “If you want to touch me, you can do it with the lights on.” It’s a line that can be interpreted in sexual terms, or in ways that reflect an even deeper connection, but the message is the same: FKA Twigs is ready to show us a side of her we haven’t seen before.

How To Dress Well – “What Is This Heart?”