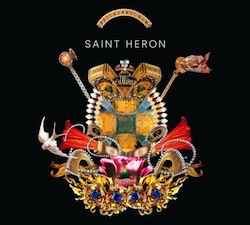 “Alternative R&B,” for lack of a better term, has existed for a long time. In the early ‘90s, a number of primarily British soul artists — Incognito, Brand New Heavies, Jamiroquai, etc. — established their presence under the umbrella of acid jazz, blending trip-hop chill with elements of soul, funk and house music. The late ‘90s, then, saw the rise of neo-soul in the U.S., helmed by charismatic and vintage-leaning artists like Erykah Badu and D’Angelo. When that fell out of favor, the Stax-influenced Daptone Records began to make critical inroads, and shortly thereafter, another wave of UK vocalists, most notably Amy Winehouse, became the hottest thing in R&B, though calling her music “alternative” didn’t make so much sense after Back to Black sold more than 20 million copies.

Which leads us to where we are now — an era in which R&B has hit a new creative peak, spreading out into a vast series of separate stylistic networks. And what separates the present from the early or late ‘90s is that there isn’t one central style at the heart of it all, just a long list of talent-heavy artists with a knack for great songwriting and their own unique artistic directions. In just the last five years, we’ve seen Janelle Monáe deliver a conceptual sci-fi funk suite in The ArchAndroid, The Weeknd’s darkly sexy noir jams on House of Balloons, and Frank Ocean’s bright, organic pop melodies on Channel Orange. Even before all of these landmark albums, however, Solange Knowles set a curious, albeit very cool precedent when she covered Dirty Projectors’ “Stillness Is the Move” back in 2009, showing that R&B and indie rock circles can, indeed, intersect, which came full circle when she dropped the outstanding True EP last fall. And now, with the launch of Saint Records, Solange isn’t just one of contemporary R&B’s most compelling artists — she’s curating a roster of talent to join her.

As the first release on Saint, the Saint Heron compilation is a showcase of the label’s potential more than anything. Featuring 12 independent R&B artists, each with their own unique aesthetic, it’s a strong mixtape in modern soul sounds, and a window into what Solange’s new label could ultimately become. There are some familiar names on here, like Cassie, who delivers a stoned sex picnic called “Indo,” rising star Jhene Aiko, whose delivery on “Drinking & Driving” is robotically hedonistic, and Solange herself, whose “Cash In” is one of the strongest tracks on the collection, simultaneously dreamy and rhythmic, and slow to build tension. She’s always been willing to take risks, but the direction she seems to be headed is yielding her most rewarding material to date.

On most of Saint Heron, however, the lesser-known artists are the ones responsible for the best material. L.A.-based singer Kelela has been riding a fresh wave of hype in recent months, and her two contributions here are both excellent, in particular “Bank Head,” a collaboration with New York producer Kingdom that’s sensual and futuristic, big on beats but even more massive in the space it opens up. Cape Town’s Petite Noir gets a chill remix from Pional on the excellent “Noirse,” while B.C. Kingdom drifts into ambient slow-jam bliss on “Lockup.” And in just two and a half minutes, Starchild offers one of the funkiest jams here with the space-age groove of “Relax.” While some of the tracks on Saint Heron are more interesting than great, every track here is worth a spin, and more importantly, leaves enough of an impression to warrant further listening. While Solange has yet to announce whether any of these artists will be releasing more material on Saint, she’s assembled a strong enough pool of candidates to amplify a much-earned reputation of innovation in R&B.