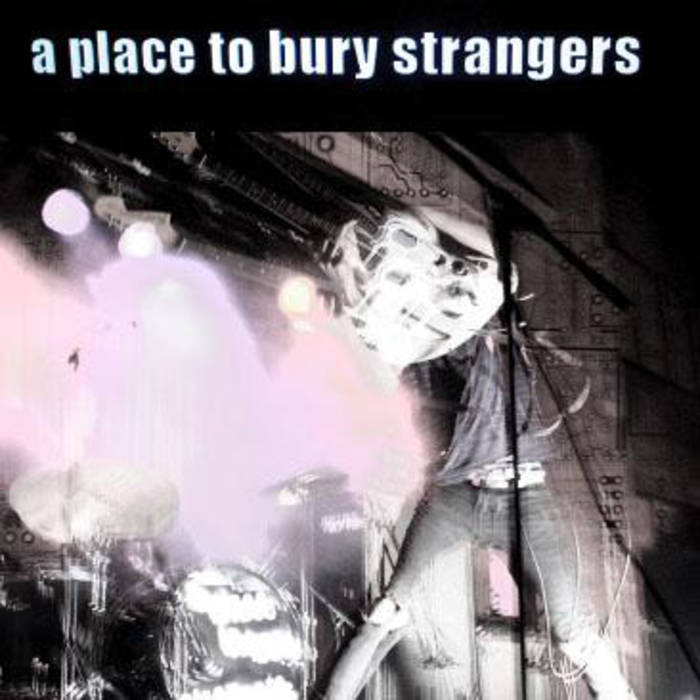 Various bands throughout the past 20 years have made their own cases for being the loudest in rock `n’ roll. Most thirty-somethings who were young enough to catch them in their heyday will tell you that Dinosaur Jr. is the loudest band in the land, though their reunion removes any doubt about that noise’s sustainability. Mogwai have also been touted as the loudest, their wide-swinging volume dynamics having caused a few hearts to skip a beat due to the excessive force being thrust from their Marshall stacks. A friend of mine said the loudest band he’d ever seen was Shellac, who he described as being `louder than God.’ And the loudest band I recall seeing is Kansas City’s The Life and Times, who, for three guys in a tiny room, left their audience with a lingering case of tinnitus. New York’s A Place to Bury Strangers has been touted as the loudest band in their home city, which may be a less overtly boastful claim. Considering that New York City is home to Helmet, Sonic Youth, Unsane and Anthrax, however, they clearly have to be making some unholy din.

While I haven’t seen (or heard) them live, A Place to Bury Strangers is most certainly ungodly loud on record. It’s best to prepare yourself before pressing play on this one—the shock of the clatter being shot from your speakers is bound to knock you out of your seat. The buzzing, metallic clash of guitar fuzz that opens “Missing You,” atop a super-cool Jesus & Mary Chain style bassline, is one hell of an opening noise, but one that deserves being played over and over again as your ears begin to heal themselves from the initial shock. Before long the track becomes a trippy, psychedelic melody that’s as pretty and melancholy as it is muscular and unsettling. On “Don’t Think Lover,” the fuzz becomes so thick, the intro melody is almost undetectable, but like pupils dilating in a dark room, the eardrum begins to find a sort of structure among the chaos, and in time it becomes a simple, yet destructive groove.

On “To Fix The Gash in Your Head,” one of the greatest titles I’ve heard all year, drum machines propel a Big Black-like machinepunk track, among the catchiest here, but still mercilessly brutal. Yet “The Falling Sun” provides a decidedly different experience altogether. It’s still harshly distorted, static and feedback bathing every effects-laden note, yet it’s a tender ballad, somber and trippy, and beautiful in a very unconventional way. “Another Step Away” is more closely aligned with Psychocandy‘s Phil Spector in Hell sound, while “Breathe,” still distorted, takes a turn toward clarity with a melody that’s allowed some, wait for it, breathing room.

There are no two songs on this album that sound alike, though all share the common characteristic of glass-shattering, pacemaker stopping noise. A Place to Bury Strangers may very well be the loudest band in NYC, but they’re much more than that. They don’t just use noise because they can; noise is merely a vessel through which this band creates thoroughly amazing music. By relying heavily upon something quite ugly, they create something beautiful.

Tags
A Place to Bury Strangers