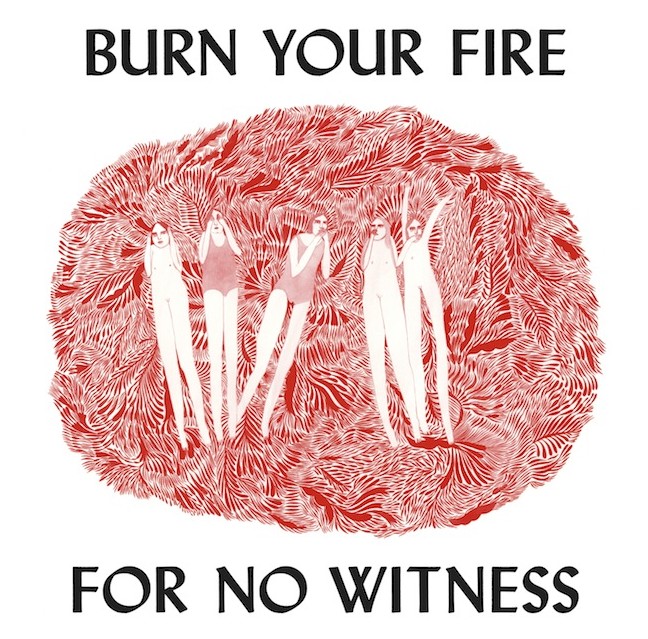 The first two songs to be released from Angel Olsen’s Burn Your Fire For No Witness — “Forgiven, Forgotten” and “Hi-Five,” respectively — are a bit noisier and more scuffed-up than we’re used to from the singer/songwriter. And truth be told, Olsen’s proven herself impressively adept at tapping into some ragged, Crazy Horse-style rock. But the most immediately arresting, breathtaking track on Olsen’s new album is one of its most subdued. The seven-minute “White Fire” rarely diverts from its sinister, haunting waltz progression, which comprises nothing more than Olsen’s voice and guitar. It’s such a chilling and intimate space that she inhabits here, that when she plucks her strings with just the slightest bit more intensity in its final 30 seconds, you feel every darkly percussive note.

Rather than Neil Young, or even past collaborators like Bonnie “Prince” Billy, “White Fire” finds Olsen channeling Leonard Cohen circa Songs of Love and Hate. There’s a slow, somber build about it that’s hard not to liken to Cohen, as well as a detached bleakness. And it’s hard not to pick up on a bleak feeling from a song that begins, “Everything is tragic, it all just falls apart.” Whereas on her previous album, Half Way Home, Olsen was prone to more dramatic vocal performances, here she’s more reserved and hushed, even curiously soothing. But there’s power in her ghostly whispers, which could cause shivers in the steeliest of listeners. “If you’ve still got some light in you, then go before it’s gone,” she sings just before bringing the hypnotic ballad to a close. “Burn your fire for no witness/ It’s the only way it’s done.” “White Fire” may not burn quite as fast or as brightly as Olsen’s other songs, but its devastation is immeasurable.

[from Burn Your Fire For No Witness, out Feb. 18; Jagjaguwar (pre-order)]