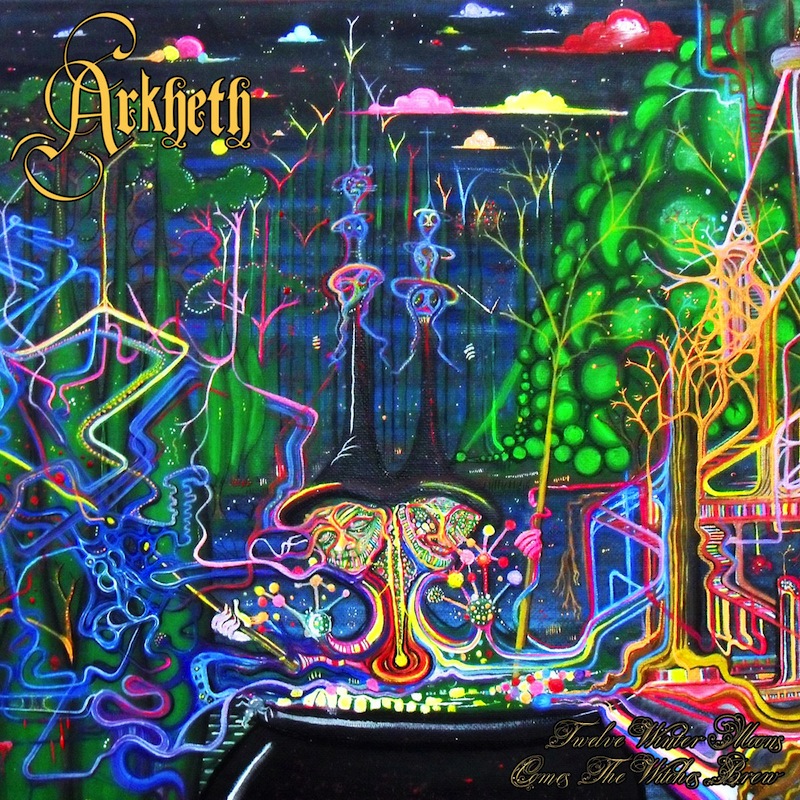 Arkheth are strange and ambitious, though not terribly prolific. The Australian black metal entity has been making artfully crafted, experimental black metal for more than 15 years, yet in that time they’ve only released three albums: their more conventional debut album Hymns of a Howling Wind, its sprawling double album follow-up, IX & I: The Quintessence of Algaresh, and eight years later, 12 Winter Moons Comes the Witches Brew. It takes a while for these mad scientists to emerge from their lab with something new, and one can hardly blame them—delivering something that’s not only satisfying as a black metal album but actually builds upon it and makes it into something new isn’t easy. It might very well take seven or eight years.

Like many of black metal’s iconic artists, Arkheth is the project of one man, Tyrone Kostitch, and he’s responsible for almost all of the sounds one hears on 12 Winter Moons Comes the Witches Brew (more on that in a bit). That fact alone helps contribute to the extended wait times between what are ultimately massive, sprawling sets of ambitious, intense art-metal. Kostitch layers a lot of different sounds here, from blistering layers of guitars to ethereal, symphonic synthesizer sounds, at times nodding to vintage Emperor while maintaining their own strange, carnivalesque atmosphere. These are disorienting journeys into distorted, nightmarish visions. Don’t bother looking for the classic sound of guttural black metal here—there’s scarcely any to be found.

Of the five tracks on 12 Winter Moons, the opening explosion of “Trismegistus” is the closest the album comes to black metal traditionalism—which is to say, not very close at all. It’s an intense and furious burst of sound, but it’s not so much grim as it is hallucinatory. Kostitch takes the listener on a breakneck funhouse ride that’s simultaneously thrilling and terrifying. When more space finds its way into the compositions, the results are all the more impressive. The 11-minute “Dark Energy Equilibrium” trades off between eerie art-rock mist and heavy metal gallop, and the push-and-pull gives it an exhilarating tension. And “A Place Under the Sun,” an early favorite of mine this year, is almost shoegaze-like in its dense clouds of guitar.

There is one player on this album that makes each track just that much more incredible: Glen Wholohan, who plays saxophone on all five tracks. In most cases, like on “Dark Energy Equilibrium” or “A Place Under the Sun,” Wholohan’s sax is an atmospheric accent, yet on the blistering “The Fool Who Persists In His Folly,” it’s an abrasive focal point, akin to James Chance’s intense honking in The Contortions. And though the sax alone doesn’t make the album, it does take an already excellent thing and add an exclamation point to it. Metal’s always been an interesting genre when the weirdos and art fiends are given free rein to run free and experiment. Arkheth is just such an innovator, helping to bring black metal into peculiar places, and with style enough to let a saxophone help guide the way. 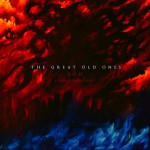 The Great Old Ones – EOD: A Tale of Dark Legacy 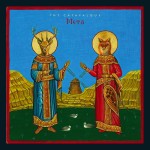