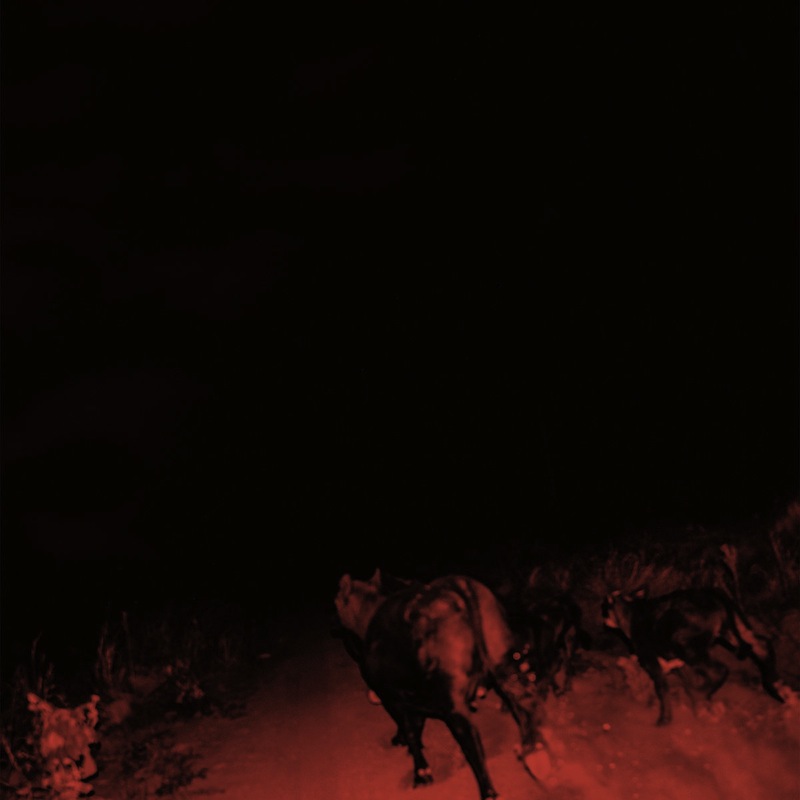 Dystopia exists. It doesn’t always take the form of the noxious, digital-screen sci-fi trashscapes of Blade Runner or the cannibalistic shock value of Soylent Green, though with climate change pushing us ever-closer toward an uninhabitable earth, it’s hard not to imagine the former being a possibility. Viewed through a particular lens, any familiar climate can seem dystopian, whether it’s one’s home country in which nearly half the populace is hell-bent on self-destruct or the small town that can’t fade over the horizon soon enough.

It’s in a setting much closer to the the latter where Brooklyn band Bambara sets the stage for third album Shadow On Everything, holding a fire-kindling magnifying glass up to the participants of a small-town gothic drama of their own making. It’s an album with grander ideas than their excellent 2016 album Swarm, though one that feels all the more sinister. In the punk-blues gallop of “Doe-Eyed Girl,” frontman Reid Bateh describes a small-scale horror in which a girl named Elsa witnesses the slow, gunshot death of a deer in her front yard; by the manic, screeching end of the song, she falls victim to a similar, ironic fate: “Jack runs to the Cadillac/Sees Elsa gurgling beneath it, Her eyes stare dead-blank/ Rolling round her twitching head.”

Bambara’s use of small-town middle America as the backdrop for a grotesque post-punk horror play has precedent. Such was the basis for much of Nick Cave’s early material, from the mutant blues barks of The Birthday Party’s Junkyard to the terrifying retelling of Elvis Presley’s stillborn twin brother Jesse in “Tupelo.” Theatre of Hate likewise added a cowboy gallop to their own western noir “Do You Believe in the Westworld?“, and many of these lines eventually lead back to the factory-town body horror of David Lynch’s Eraserhead. For Bambara, it’s a compelling progression. Their threading of interconnected narratives through the 12 tracks of Shadow On Everything lends a heavier weight to the album, contributing to a finished product that’s both the band’s most ambitious and most cohesive release.

The shriek of guitar slide portends something ominous in leadoff track “Dark Circles,” a menacing rumble of a post-punk anthem that drops the listener into an eerie, nameless place. “Come out of the cold, the cold follows you in,” Bateh sings, his weary baritone the sound of a narrator who’s been weathered by unspeakable darkness. And throughout the album, even the seemingly mundane has a grotesque quality. “The church looms on the horizon, like the dried up husk of some ancient bug,” Bateh sings amid the goth-surf riffs of first single “José Tries To Leave.” Yet by the song’s climax, there’s something much more terrible seeping into the soil: “the sun is up and the birds are pecking, pecking at something lying in the dirt.” With “Sunbleached Skulls,” the blood continues to run, but Bateh lends a strange sort of romance to its depiction of violence: “Something washes up onto the beach / Yeah it’s half eaten but it’s still movin’ / You reach out and grab my hand / We watch it struggle in the sand / And all the seagulls start to sing.”

As can be expected on an album titled Shadow On Everything, Bambara don’t offer many moments of levity. Yet for all its claustrophobic darkness, the album features some of the most diverse sounds the band have attempted. They’ve recently expanded from a trio to a quintet when performing live, and they paint their charcoal hues across a much wider canvas. There’s an elegant ethereality to standout dirge “Steel Dust Ocean,” while “The Door Between Her Teeth” is all forward momentum, pounding basslines that hit like a lead pipe to the ribcage. And the urgent typewriter beats of “Wild Fires” sputter beneath a mixture of squealing saxophone and disembodied ghost voices.

Seemingly every corner of the fictional town at the center of Shadow On Everything is splattered with blood and burned at the edges. It’s a place nobody gets out of alive—a metaphor for a feeling of hopelessness that can be ascribed to any town, perhaps, but in their version there’s a Lynchian level of depravity and menace that make the stakes feel much higher. The particulars of the plot isn’t always what’s most important, though. Bambara’s tense, brilliantly rendered post-punk score breathes a devilish life into these ill-fated figures and makes the landscape all the more unforgiving. They catalyze spine-chilling into breathtaking. 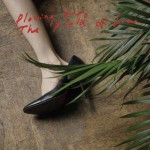