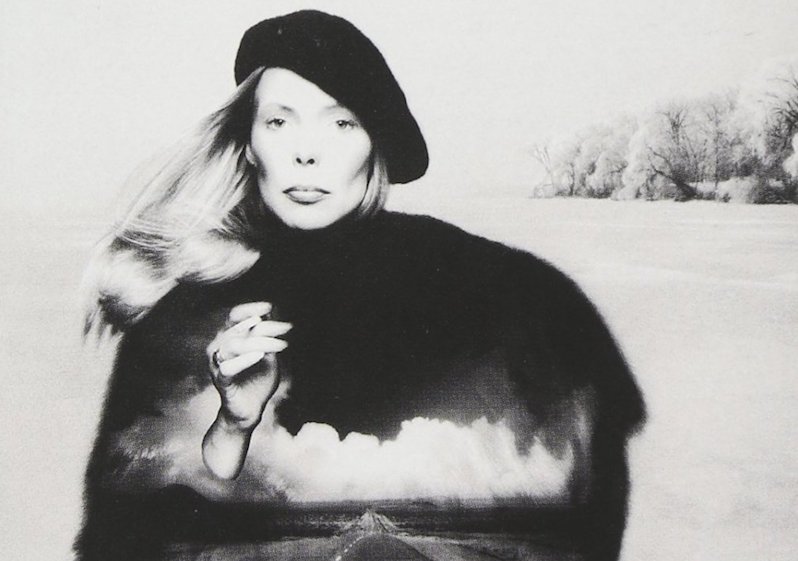 Though she had her share of setbacks—one of which was very early on when she contracted polio as a child—Joni Mitchell is one of the biggest names in the music industry. Not only known for her catchy, touching, original, and enduring music, Ms. Mitchell’s lyrics have been celebrated for their deep emotional meaning and poetic verses. Even if you have never listened to her original versions, you have definitely heard one of her songs before.

I was first introduced to the songbook of Joni Mitchell by my mother when I was starting high school. She kept all the CDs in two black cases stored by the stereo. I used to pick albums randomly, mostly classical, but I would always pass over the grouping of Joni Mitchell and Laura Nyro. One day, I decided to actually try one of these CDs. I don’t remember exactly which one, but there’s a good chance that it was Ladies of the Canyon (1970) or Blue (1972). At the time I didn’t really like them that much. However, when I played Court and Spark (1974), my whole mindset was changed. That’s the beauty of Joni Mitchell’s music, from folk to pop to jazz and everything in between, she’s done far too much to be summarized with just a single album. And as such, I compiled a guide to getting started with the Canadian troubadour’s large and rewarding catalog. 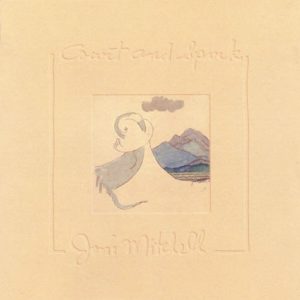 Unlike Blue or Ladies, Court and Spark isn’t an album where certain songs overshadow the whole. My advice would be to listen to the track “Help Me” first. A hit for her in the ’70s, it still remains a favorite among fans and critics. A departure from previous five albums, Court combines her traditional pop-folk style with jazz influences. Other highlights include “Car on the Hill,” “Free Man in Paris,” “Just Like this Train” and “Raised on Robbery.” Not only do these songs combine upbeat guitar and vocals (among other instruments), but they are sincerely personal songs that also feature observations on society and inner struggles of the everyperson. 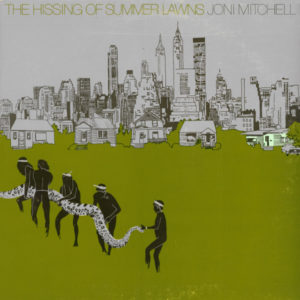 The Hissing of Summer Lawns

If you like “Help Me,” you might try my second favorite song, “In France They Kiss on Main Street” from The Hissing of Summer Lawns. Though the pace is a tad slower, there is an intensity that Joni Mitchell brings whereas lesser artists would have left it feeling a bit flat. One thing about Mitchell’s albums—the pacing is always impeccable, with a good mix of slow and upbeat songs. The slow songs here aren’t always the draw, though that is not to say I do not enjoy them when I’m in the mood for something more atmospheric, like the exquisite “Edith and the Kingpin” or even the title track.

Said to be her best album by the majority of critics and listeners, Blue is indeed a very good album. You have undoubtedly heard “River” which its faux “Jingle Bells” accompaniment, and “Carey” is a lively tune that gets you in the groove. Although other artists have done “region songs” (James Taylor: “Carolina on My Mind” and Carole King: “Back to California”),  Mitchell’s “California” really bares her desire to head home and get out of the limelight. Catchy, confident, and sincere, this track has it all and really exemplifies the tender-tough music that defines Joni Mitchell. 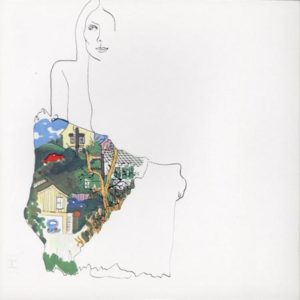 Ladies of the Canyon

Seen as a transitional period from her earlier folky sound to a more pop-jazz, or pop-rock style, some of her best songs spring up on Ladies of the Canyon. The noted canyon is Laurel Canyon in California, known for its counterculture affiliations and home to many other famous musicians. The singles “Woodstock” and “Big Yellow Taxi” are naturally significant and well-known, however, “Conversation” and “Circle Games” once again display her lyrical tendencies and her musical sophistication. Ms. Mitchell is sure to impress anyone with her words, her sense of sound that runs with such lovely care and precision as to make any poet cry. Although it was Bob Dylan who won the Nobel for his lyrics, I feel Mitchell is a far superior candidate. No other artist, other than perhaps Paul Simon, has the ability to merge language and instruments in such a beautiful, touchingly tender way. Mostly on guitar, Joni Mitchell really brings out the small voice of the inner mind in the meditational songs in a big way.

Also Recommended: After my making my way through her ’70s repertoire, I listened vaguely to her first album: Song to a Seagull (1968; Reprise). Though one can tell she is a new artist, the genius is there. Tracks like “Michael from Mountains,” “Cactus Tree” and “I Had a King” were certainly standouts, mainly because they broke from a traditional sound, exploring odd melodies or using unique combination of instrumentals and vocals. You can always tell Joni Mitchell from her coevals like Carole King, Laura Nyro, or Carly Simon by her expressive wailing that works well with her type of emotional-invested lyrics. She talks of “the gamble being worth the price” in the context of finding a lover, or she considers the fact that “you love your loving but not as much as your freedom.” Mitchell is always just a step ahead of her contemporaries, musically and lyrically.

Advanced Listening: Always pushing forward, Joni Mitchell doesn’t wait for what the critics have to say. She is at her best when she shows off her jazz influence. Yes, many songs are soft and slow—which I still love—yet she means the most to me when she is moving the beat along. Songs like “Coyote” from her 1976 album Hejira (which means “journey”) or “Number One” from Chalk Mark in a Rain Storm (1988) or “Ladies Man” from her 1982 album Wild Things Run Fast or “Lead Balloon” off Taming the Tiger (1998). Long-gone are the mellow worries of love in her 1970 “Conversation,” and now there appears a more war-conscious and hardened version. However, they still capture the listener’s ear, but it is a different sound, a different tone.

Do not rush into any of these albums head-on. Take your time to get to know her—her voice, her feelings, her guitar technique. Joni Mitchell leads you on an unforgettable journey that you will always remember wherever you go.