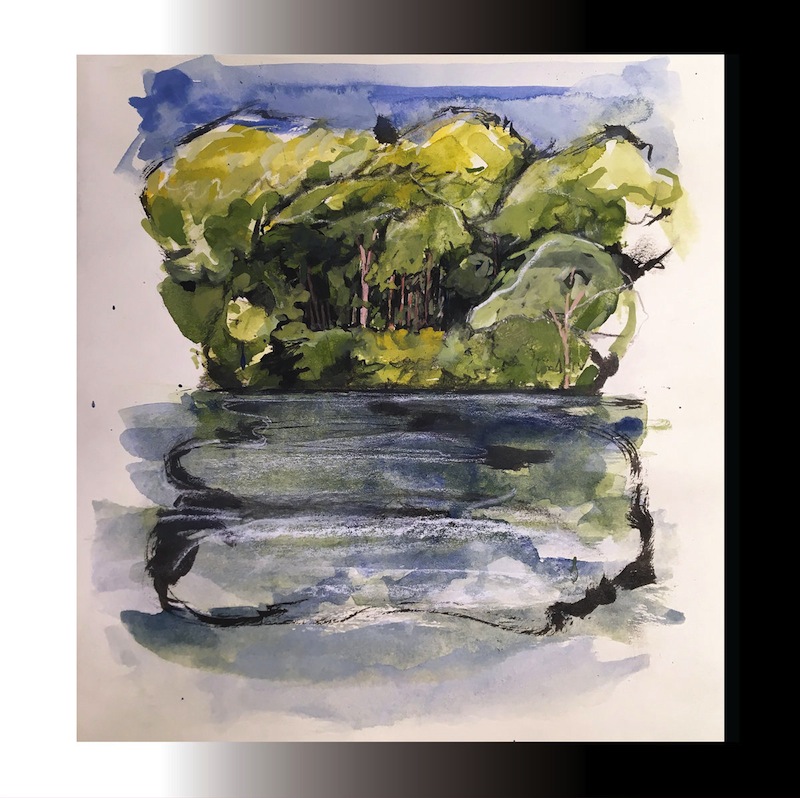 “Even in this world more things exist without our knowledge than with it and the order in creation which you see is that which you have put there, like a string in a maze, so that you shall not lose your way.”  – “Judge Holden” from Blood Meridian by Cormac McCarthy

My friend and I have this running exchange about our own personal ideas of heaven. In his heaven, perforated pages always tear clean in one swift pull. In mine, there’s a cozy diner where the eggs are never overdone and small talk is an enjoyable pleasantry. Is this selfish, our assumption of corporeality in the afterlife? Are celestial pleasures beyond our mortal grasp? Or is it human nature to naively presume this consciousness is not our existential conclusion? There’s a serrated sense of knowledge along the threshold of existence, a borderline Big Ups escort listeners along on Two Parts Together. For their third LP, the liminal is presented as terrifying and beautiful in the face of uncertainty, addressing the duality of man, the absence of truth and the infinite unknown.

Since 2010, Big Ups have operated with a notable sense of introspection, thematically pitting opposing ideas against each other in relation to the self. Their 2014 debut Eighteen Hours of Static challenged faith and science, while 2016’s Before a Million Universes took on the individual vs. society. Two Parts Together builds upon the band’s unbroken self-reflection and worldly meditations in perhaps their most hyper-aware release yet. The album’s title track kicks things off with a musing on unity both for life and in death. In a spoken, diaristic tone, vocalist Joe Galarraga contemplates the human ceremonies of matrimony and funeral, expressing his desire to just “know how it would feel.” Both rituals represent earthly, institutional customs, each constructed by humans unsure of what their future may hold, longing for comfortability in uncertainty.

Big Ups’ musical M.O. continues to follow the approach of knottier, post-hardcore pioneers like Rodan, Polvo and Slint, concentrating on the band’s trademark tension constructed between verse and chorus. The group has also smoothly buttressed their sound with strings, field recordings and a harmonium; most likely an instrumental contribution from guitarist Amar Lal, known for his solo improvisational pursuits. These sonic additions contribute to Two Parts Together’s stirring sense of anticipation, crafting a trepidatious aesthetic between tracks like “Fear,” “Trying to Love” and instrumental interlude “Tenmile.”

“Imaginary Dog Walker” is the album’s quintessential ruminative exercise, closing the LP on a recapitulating observation through a meditative mental pacing on the human experience. Galarraga comments on our natural proclivities toward hesitation, a mortal contradiction seemingly etched into humanity’s perception of one’s goals and the world around them. “We all want the same thing/ and that is to thrive,” he belts in the track’s final minute, “So why hold our breaths/Kill the life inside?” Here, Galarraga lyrically ramps Big Ups to new, brooding heights reaching broad, existentially inquisitive grounds. Two Parts Together attempts to make sense of everything, yet is fully aware that clarity and truth are unquestionably unattainable. But Big Ups know this labyrinthian exercise isn’t fruitless—they’re just along for the ride. 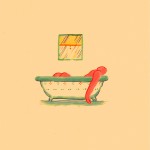 Pile – A Hairshirt of Purpose 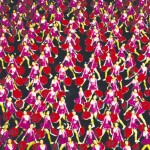