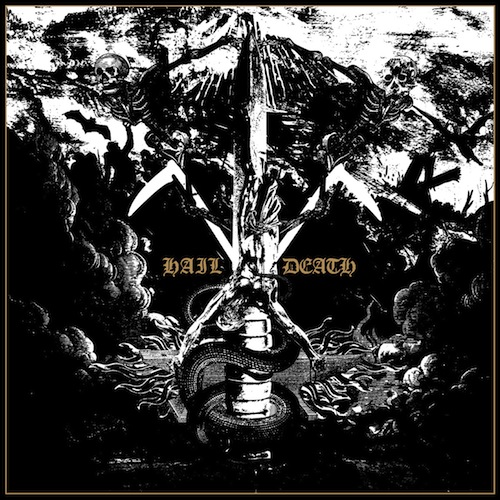 Any style of music is bound to undergo radical change over the course of 20 years, and the ways in which black metal has progressed since Transilvanian Hunger and De Mysteriis Dom Sathanas are almost too numerous to mention. Yet one of the most notable shifts in black metal has been one of fidelity. Black metal began, ostensibly, with self-recorded, hand-traded demos way back in the 1980s in Europe, and for at least a decade, that wasn’t just a matter of practical application — it was an aesthetic blueprint. Certainly, by the mid- to late-’90s, bands like Dimmu Borgir and Cradle of Filth were applying a more conspicuous professional sheen to an otherwise mainstream-averse sound. And yet, on the other end of the spectrum, there were albums like Ulver’s Nattens Madrigal, a menacing document so lo-fi and piercing with high-end, it’s literally hard to listen to.

It’s hard not to see the overarching adoption of better recording techniques as a good thing, really. For an album like Black Anvil‘s Hail Death might have been buried in hiss and narrow dynamic range once upon a time, but now has a much bigger and more powerful sound. Recorded by former Jawbox frontman J. Robbins (producer of albums by Coliseum and The Sword, among many others), Hail Death pops with a surprising brightness. It’s suitably heavy and loud, of course — and harsh when it needs to be. But the New York City blackened thrashers showcase far too much detail not to do an album like this right and proper.

From the spooky classical guitar that opens “Still Reborn” to the tremolo riffs that drive “Redemption Through Blood,” to the gorgeous nearly clean-tone guitars introducing standout track “Seven Stars Unseen,” Hail Death provides an aural hesher funhouse of sorts. Given that Black Anvil comprises former members of hardcore outfit Kill Your Idols, there’s a persistent power-chord crunch to the album that renders it both a sense of meaty power and an undeniable accessibility. They’re not exactly Skeletonwitch on that front — most of the tracks here push well past six minutes apiece and change rhythm frequently. But Black Anvil don’t trade ambition for melody or vice versa; they coexist in perfect balance.

Last year, Black Anvil’s Paul DeLaney said in an article on Steel For Brains that he wanted the new album to have a “Celtic Frost meets Kiss Destroyer vibe.” And that may not, exactly, be what the album sounds like, but it certainly gives some insight into how the band operates. There’s evil and obscure for their own sake, but the more interesting bands have always been those that found a more dynamic outlet for that darkness. The Left Hand Path, it turns out, can also be a better sounding one.

Best Of, Lists, Shadow of the Horns, Treble's Top 10

Black Anvil : As Was

Shadow of the Horns: Cracked Actors