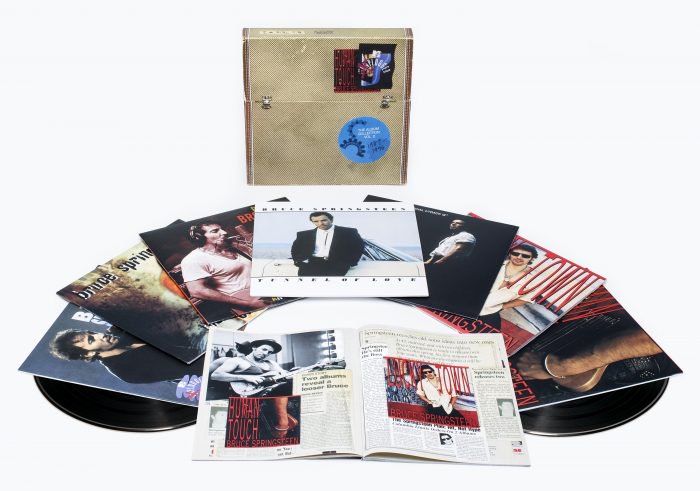 Bruce Springsteen has announced a new vinyl box set covering both studio and live recordings released between 1987 and 1996. The Album Collection Vol. 2 is due out May 18 via Columbia/Legacy and features 10 LPs. Included in the box are 1987’s Tunnel of Love, 1988’s Chimes of Freedom EP, 1992’s Human Touch and Lucky Town, 1993’s In Concert/MTV Plugged, 1995’s The Ghost of Tom Joad and 1996’s Blood Brothers EP. The box set also features a 60-page book that features rare photos, memorabilia and press clippings. The albums have been remastered by Bob Ludwig and Springsteen’s longtime engineer Tony Scott, and this is the first time that all of these releases have been made available on vinyl.

More info can be found here.