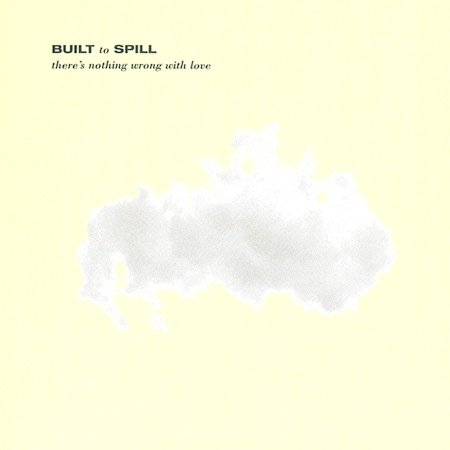 I have met two kinds of Built to Spill fans in my life. There are those that love every bit of output from the band, from their early Dinosaur Jr.-like tracks to their more recent experimental guitar rock. And then there are those who love There’s Nothing Wrong With Love. I am one of the latter. It’s not that I don’t enjoy any of their other albums; it’s just that none of them have captured my attention and adoration as much as that 1994 album from Up Records. Ben Folds once said, in the notes to a recording used for their rarities album, that he sometimes wished he could just be in a Built to Spill cover band, yet specifically chose a song from TNWWL to play. That’s probably because TNWWL is a cut above the rest. Not only does it contain BtS’ most memorable songs, but served as the blueprint for all Northwestern rock to come.

There is no doubt in my mind that there might not be a Modest Mouse, a Death Cab for Cutie or Rogue Wave without Built to Spill. This Idaho band so indelibly left its mark on the Northwest that no other band subsequently could escape it. And with each Northwest album since 1994, one can hear traces of TNWWL in the nooks and crannies. I’ve owned every single Built to Spill release at some point in my life, but ultimately came to realize that I was only listening to TNWWL over and over again. Every song on the album is a sing-along pop masterpiece. Every song is a keeper, from the opening line, “In the morning / feelin’ half right,” to the overlapping lines in “Reasons,” the sweetness of “You get the car / I’ll get the night off,” not to mention the later lyrics from that song, the lines that will forever live on in my brain, “I wanna see movies of my dreams.” “Car,” the song from which the last two sections come, is easily one of my favorite Northwestern songs ever.

“The Source” and “Israel’s Song” continue the lyrical round robins with indie listeners having no choice but to join in, giddily making their voices high and with a slight Northwestern accent. In fact, if you asked them to pronounce ‘bag,’ they’d probably stay in character and say ‘beg.’ Other than “Car,” the most well-known and memorable track, the one that many know all the words to, is “Twin Falls.” This sweet song about growing up in the small Idaho town resonates with everyone who has ever played ‘Heads Up Seven Up’ or reached for hazy school memories that used to be so elusive. Doug Martsch’s cracking voice makes it even more charming and intimate. But aside from the lyrics and Martsch’s straining vocals, this is an album that brought the guitars back to lo-fi. Doug Martsch, from day one, wanted to be a guitar god, and in a small way he was. His guitar work is often underappreciated, but listening to later tracks on TNWWL such as “Some” and “Distopian Dream Girl” proves that Martsch is just as psychedelic and skronky as Billy Corgan, just without the overdubbing.

On There’s Nothing Wrong With Love, Built to Spill worked for the first time with producer Phil Ek, starting up a relationship that would last another ten or so years, and a collaboration that would vault both producer and band into the spotlight. BtS signed a major label deal with Warner Bros., making TNWWL their last indie record, and Ek went on the produce such other Northwestern heavyweights as Modest Mouse, the Shins, Pretty Girls Make Graves, Mudhoney, Band of Horses and Fleet Foxes. Everything about There’s Nothing Wrong With Love strikes me as enchanting. I love the album cover, simple and understated, just a fluffy white cloud and fairly small fonts. I love the back cover with the smiley-face spool. I love Doug Martsch’s voice filled with childlike enthusiasm layered over his guitar, with more aggressive undertones. I love the closing hidden track that claims to be a preview of the next album including a hilarious spoof of ’70s macho rock. Of course, none of these were actual forthcoming BtS songs. It was a mere jokey-joke. And then there’s that final cartoon voice, “Look for the album with me on the cover!” Hilarious. So, yes, there’s a whole lot I love about this record, but as the band told us, There’s Nothing Wrong With Love.