In 1969, The Rolling Stones earned the title of “The Greatest Rock ‘n’ Roll Band in the World” by way of their surly, ball-busting tour manager, Sam Cutler. When he introduced them as such at the beginning of their tour that year, he used it as a sarcastic motivational tactic, pushing the band to live up to an impossibly lofty description while at their most rusty. But it seems to have worked: looked at from several angles — records sold, longevity, sheer number of classic songs, worldwide recognition — it’s pretty much true.

Being at the top isn’t always what it’s cracked up to be, though. At the peak of their popularity in the 1960s, several members of the band became targets of repeated legal action regarding drug use and possession, and Mick Jagger and Keith Richards were even jailed for relatively minor offenses. Yet drug use would later become an even bigger problem, leading to Brian Jones’ departure from the band and eventual death in 1969. That same year, members of the Hells Angels beat and stabbed a fan to death during the Stones’ set at Altamont Speedway east of San Francisco. The ’70s brought more drugs, including Keith Richards’ pretty serious heroin habit. The ’80s brought boiling tensions between Jagger and Richards, as well as some of their worst recorded material. And by the ’90s, despite all the odds, they had managed to mark a third decade as a band, and one that could still fill stadiums at that. You don’t get to be the “greatest” by avoiding drama, but you also don’t get there by giving up, either.

There’s no shortage of ups and downs in the Rolling Stones’ personal story, though their catalog, which is 24 albums deep, has its ebbs and flows as well. So, as the band celebrates 50 years together, we thought it appropriate to survey their discography, from the most awe-inspiring achievements to the baffling moments of indulgence and bloat. It’s a hell of a ride. 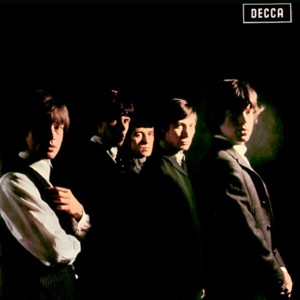 Whilst not exactly filled with the masterful songwriting we associate with them — the album is made up entirely of covers — the Rolling Stones’ debut album still offers up an initial taste of the blues-flavored rock ‘n’ roll they’ve since fully embraced. The songs on the album are in no way perfect, and there are times when the band almost begin to sound like they’re trying a little too hard to become the Beatles, but if you want to take an aural journey through the different stages of the Stones, this is an ideal place to start.  – Grace Barber-Plentie 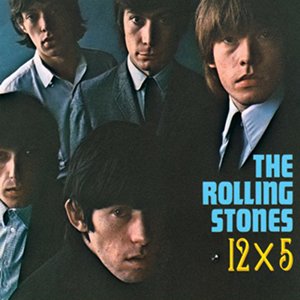 The band’s second album was an important one, even if it is a bit spotty. On the one hand, you have to hand it to The Stones for including five originals; that alone shows they were heading in the right direction. Unfortunately, none of the originals are really all that noteworthy (with the exception possibly going to “Congratulation,” notable for being one of the most syrupy songs of their ’60s output). The soul covers on the other hand — most notably the now-classic “Time Is on My Side” (their first U.S. top ten single) and “It’s All Over Now” (the band’s first UK number one) — are indispensible, showing huge strides in the development of their blues rock sound. All in all, the album was a necessary step in the evolution of the band, even if it isn’t the best of their earliest works. – Chris Karman 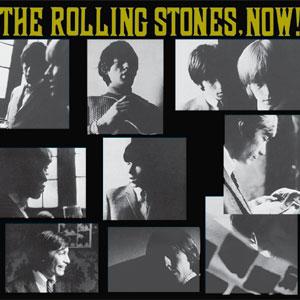 Now! is probably the most popularly underrated of all the Stones albums, buried as it is in their early catalog. While lacking in the generic variety of some of their later records, such as Exile on Main Street, Now! is a pretty flawless compilation of primal rock; the most convincing document of the early Stones’ technical ability, as well as their uncanny aptitude for hijacking source material and imbuing it with a unique energy. Take, for example, their cover of “You Can’t Catch Me,” a Chuck Berry deep track that becomes a transcendent R&B romp in this iteration. Or the preternatural “Mona (I Need You Baby),” which features Jagger channeling his intense sexual energy through strained and sultry vocals. Hell, all the covers here are excellent and evidentiary of a budding talent, later to bloom (unfortunately, without Brian Jones) and produce some even greater (and more ambitious) work. This album can’t quite be a 10.0, because it lacks some complexity and scope, but it’s a damn fine record.   – Connor Brown 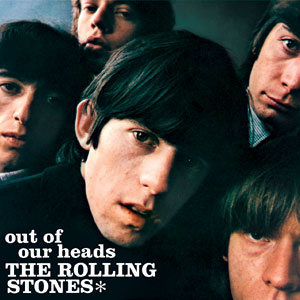 Up until 1966’s Aftermath, the Rolling Stones’ studio albums primarily comprised rhythm and blues covers, much like those of their peers in the Beatles, and their musical investment in soul and American roots music would come to play a prominent role in the Stones career, right on up to the present. But as Jagger and Richards began to incorporate their own songs into the albums, it was clear that their own contributions were quickly outshining the covers. Out of Our Heads, the group’s fourth album, was released in somewhat different form in the UK and the United States, and it’s actually the latter that ended up a better showcase for the band’s original tunes, including the dynamite singles “The Last Time” and “(I Can’t Get No) Satisfaction.” It’s tempting to credit these two songs (which are all-time greats) as carrying the album, but as stellar as they are, to suggest as such is to discount some of the slightly less trafficked highlights. “Play With Fire,” for one, is a cool, low-key torch song that takes the album in a much darker direction than the bluesy garage rockers do. And “The Spider and the Fly” puts a fun spin on the more traditional R&B sound the group had established. It’s by no means a masterpiece, but Out of Our Heads is the first proper showcase for a soon-to-be legendary songwriting team.  – Jeff Terich 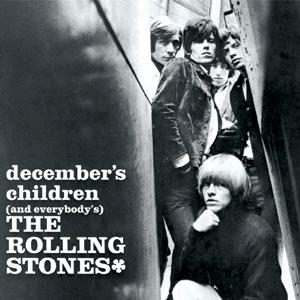 While I know the big and even some of the medium songs of the Glimmer Twins from radio, I approach their albums from a serious outsider’s perspective, having owned exactly one of them in my lifetime (reviewed below). It may be common for people to say “oh, (n) sounds like the Rolling Stones,” but December’s Children (and Everybody’s) lets me step into the critical fray by saying the Stones sound like (n), where (n) = R.E.M. This album reminds me of the Georgia rockers’ great odds’n’sods compilation Dead Letter Office, not just in its use of source material—originals and covers, singles and EP material, live and in the studio—but in the breadth it covers. The band powers through other musicians crunchy R&B standards on side one, but the Jagger/Richards writing in the second half snakes its way through pop both snotty and pastoral. The three-song stretch of “Get Off of My Cloud,” “I’m Free,” and “As Tears Go By” is dizzying in its range. – Adam Blyweiss 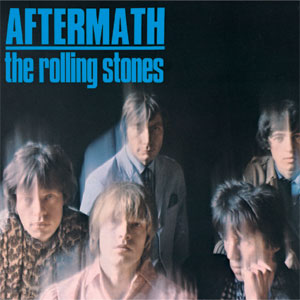 One of the Stones’ strongest early efforts, Aftermath’s impact seems to both grow and diminish with time, depending on what angle the record is viewed from. It’s an undeniably strong set of songs (particularly the US version of the release) and, musically, there’s not a single dud on the entire album. However, released smack-dab in the center of the 1960s, the record is often accused as being one of the most misogynistic pop records ever written. It’s definitely true that more than a handful of lyrics on the album are unfortunate reminders that the gender views represented in Mad Men aren’t an entirely fictional account (the catchy revenge fantasy “Under My Thumb” and the just-plain-mean “Stupid Girl” among the most noteworthy examples). And, while Jagger has admitted that some of his early writing was perhaps too intensely fueled by failed relationships, he’s never renounced the views present on such songs in their entirety.

But, if youthful ignorance shines darkly on Aftermath, it also serves to remind one that the sounds on this album were written and played by mostly VERY young artists (all under the age of 25, with the exception of bassist Bill Wyman.) In many ways, this was the first record where the band shared their true potential for musical creativity and variety. It was their first full-length consisting entirely of original pieces crafted by the team of Jagger/Richards. And, while still holding on a strong grip on their blues-rock influences, the band made leaps and bounds, most specifically through Brian Jones’ decision to virtually abandon his guitar in favor of everything from marimbas to sitar to Appalachian dulcimer. Through this unique stylization, the Stones took a somewhat pigeon-holed sound and truly created something new and innovative. Many of Jagger’s views on the album are now rightfully considered intolerant and inexcusable. However, the musical decisions of the Stones on Aftermath continue to be referenced in the work of roots-rock inspired acts. – A.T. Bossenger