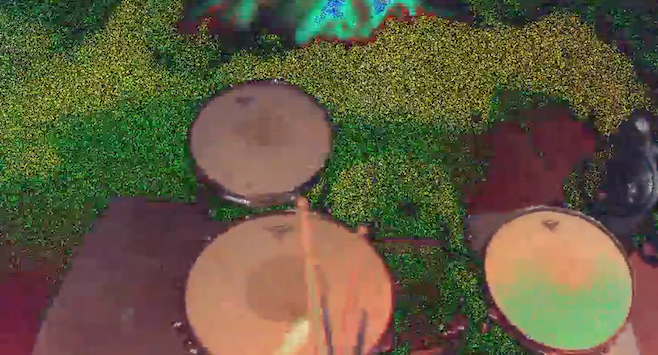 Noise/hip-hop duo Death Grips have just revealed the characteristically disorienting video for “Lock Your Doors,” from 2012’s NO LOVE DEEP WEB, which is part of the recently-announced, mysterious “No Hands” series of videos. The duo, however, has explained some of what the series is about:

They are a series of videos related to our recent first person at Performance at sxsw 2013
dxdg
“Lock your doors” (NoHands 6)
Which drops today is the summarization of the concept and project .. It could keep going.. NoHands is in reference to the head perspective oriented filming..

The video was shot at the band’s Boiler Room showcase at SXSW, and might have used Google Glass technology. Watch it below.