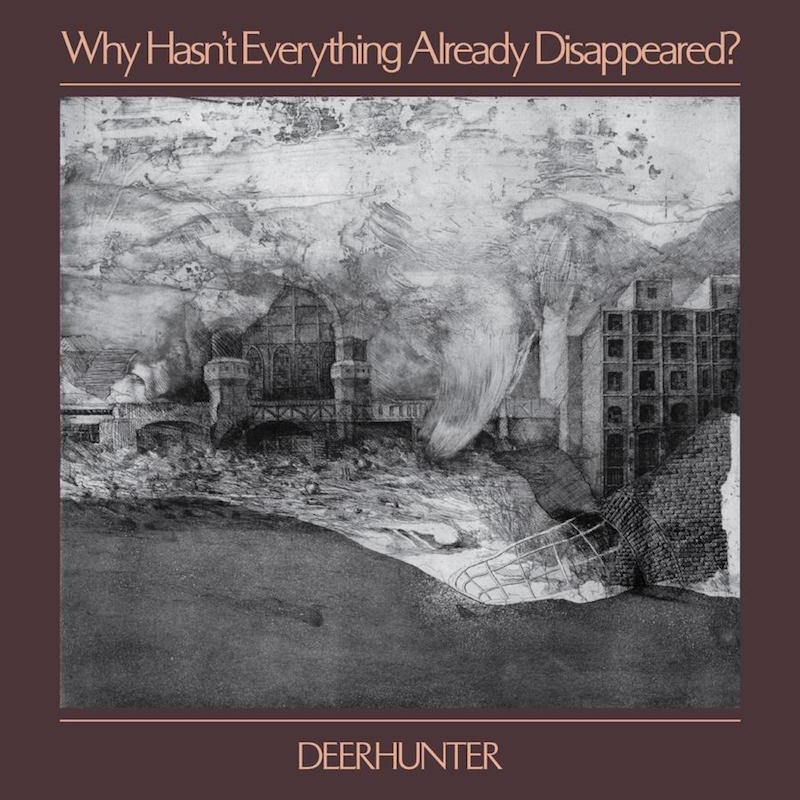 Deerhunter‘s seventh album Why Hasn’t Everything Already Disappeared? is being pressed into “Brutalist grey” vinyl, meant to evoke the function-over-form architectural movement that started in the mid-20th century. Generously, you could describe Brutalism as an honest, no-bullshit approach to construction, with an emphasis on unfinished concrete façades and blocky, austere design. Less generously, you could call it ugly, oppressive, and dystopian — symbols of a world uninterested in human warmth, indifferent to anything except pure utility. Brutalism has been called a “totalitarian” aesthetic; perhaps it’s unsurprising, then, that it’s seen a revival over the past couple of years. “My vision of hell is a large Brutalist government building or hospital,” Deerhunter frontman Bradford Cox told Dazed in 2016. “Functional and soulless.”

In his 2009 book Why Hasn’t Everything Already Disappeared?, philosopher Jean Baudrillard argues that, in our attempts to apply order and meaning to the world, we actually push ourselves further away from its “brute reality.” What’s left, he suggests, is a “world from which human beings have disappeared.”

Deerhunter’s latest album is built on the crumbling foundations of a functional and soulless world, where human attempts at exerting order and control over reality have only led to isolation and decay. We experience the world now at a remove, through the neatly ordered lenses of technology and capitalism. Just how different, WHEAD? seems to ask, is the spartan blankness of Facebook or Twitter all that different from the emptiness of Brutalist concrete monoliths? Is there any actual space left for meaningful human experience? Or have we, essentially, already disappeared?

Deerhunter don’t really have an answer to that on WHEAD?. “There is no narrator that is offering the solution,” Cox told Billboard. Instead, the album simply exists within that dilapidated world, hollowed out by industry and nearly abandoned. It’s a setting that’s been poisoned by industry, that’s dotted by rotting houses and rusting castles. “These plains are barren and hateful terrain,” Cox sings on “Plains.” The vultures are circling. The end is near, and nobody has any answers.

Lyrically, WHEAD? is about as uplifting as a J.G. Ballard novel—which is to say, not very. The album’s moments of reassurance seem tied to the promise of death. “Follow me, the golden void,” Cox sings on “No One’s Sleeping. “Follow me to the golden pond. There is peace—the great beyond.” “There is not much left to go,” he adds on “Détournement,” his voice pitched down to a near-mechanical whisper. “Your struggles won’t be long, and there will be no sorrow on the other side.” Lead single “Death in Midsummer,” meanwhile, pays homage to a short story collection of the same name by Japanese author Yukio Mishima, who famously committed seppuku after a quixotic attempt to reverse the Westernization of Japan.

That’s not to say that Cox is advocating that sort of opting-out—he’d likely reject Mishima’s nostalgic worldview—but you get the sense that he understands the despair. WHEAD? is an album that implores listeners to come to terms with that philosophical implications of the world we’re living in now, to address the steadily widening disconnection between humanity and reality. It’s a heady, heavy world to spend 36 minutes in—which is why it’s a good thing that Cox’s music retains the brightness that’s defined the band’s poppier recent output (2010’s Halcyon Digest, 2015’s Fading Frontier). “Death in Midsummer,” with a harpsichord intro that blossoms into a full-band chorus, transforms a song about ephemerality into a venue-filling anthem. “No One’s Sleeping” is a twinkling, upbeat song that echoes the brightness of the Halcyon Digest cut “Revival.” The apocalyptic imagery of “Elemental” is countered by a catchy, singalong chorus.

Aside from the conceptual midpoint “Détournement,” which functions as a tone poem in the same way that Fading Frontier’s “Leather and Wood” does, the music of WHEAD? rarely matches the bleakness of the lyrics. The exception is closing track “Nocturne,” a woozy track that breaks down Cox’s vocals into syllables, almost abstractions, as though the tape they were recorded onto has started to degrade—or at least has been passed near a magnet a few times. Even he is starting to disappear, the track suggests.

There is a fundamental irony to Brutalism, too: over time, the intentional blankness of its buildings becomes a canvas for decay. Unfinished concrete, as writer Anthony Malcolm Daniels puts it, “does not age gracefully but instead crumbles, stains, and decays” as it endures the elements. To oversimplify, time might transform the blank face of one of those government buildings or hospitals into something that looks, well, kind of like the album cover of Why Hasn’t Everything Already Disappeared? Even our most straightforward attempts to exert control over the world—those austere, blank architectural monoliths, for example—eventually invite in decay and entropy. That Brutalist grey vinyl will scratch, degrade. Like Cox’s voice on “Nocturne,” it will eventually sputter and fade out. But decay can yield beauty, too—and if there’s a piece of optimism on WHEAD?, that’s it. 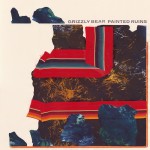