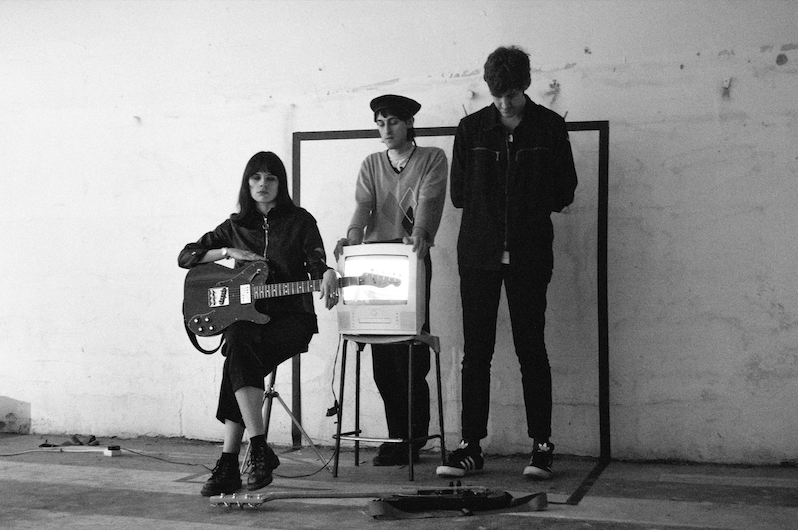 Drahla hail from Leeds, a town known for a particularly diverse strain of post-punk in the late ’70s that ranged from the danceable, politics-heavy punk anthems of Au Pairs and Gang of Four to the no-genre-left-behind experimentation of Mekons. And though Drahla are likely perfectly aware of their hometown’s post-punk heritage, their own take is considerably more agitated and abrasive. Which doesn’t mean you can’t dance to it, but don’t be surprised when a sickly saxophone bleats through the grooves, or jagged shards of post-hardcore guitar interrupt the Joy Division-inspired basslines (and titles). “Stimulus for Living” is neither the band’s most atmospherically sinister nor their most furiously noisy track, but both qualities are present in the first single from their debut album. It’s a sexy, minimalist groove, but one that’s soon given some additional charisma thanks to a bit of understated, Lynchian saxophone noir. Their brand of post-punk swings wide—it can be unpredictably aggressive or wildly experimental. But “Stimulus for Living” is neither, more of a tense standoff between two extremes that never quite boils over. As ominous, dystopian darkwave no wave jams go, “Stimulus for Living” is effortlessly cool.

From Useless Coordinates out May 3 via Captured Tracks