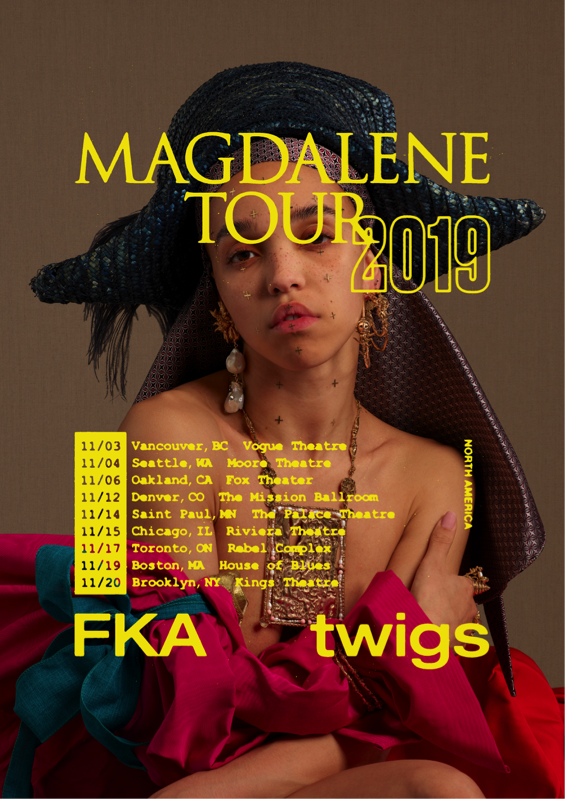 FKA Twigs recently revealed some details of her upcoming album and follow-up to 2014’s LP1, Magdalene, in an interview with i-D. She said in the interview that the album will feature collaborators such as Nicolas Jaar and Future, and was entirely self-produced. She also details her experience of having tumors removed from her uterus. Read the full feature here.

Today, FKA Twigs has announced North American tour dates behind the album, starting in November in Vancouver. Take a look at her dates for the upcoming Magdalene tour below.