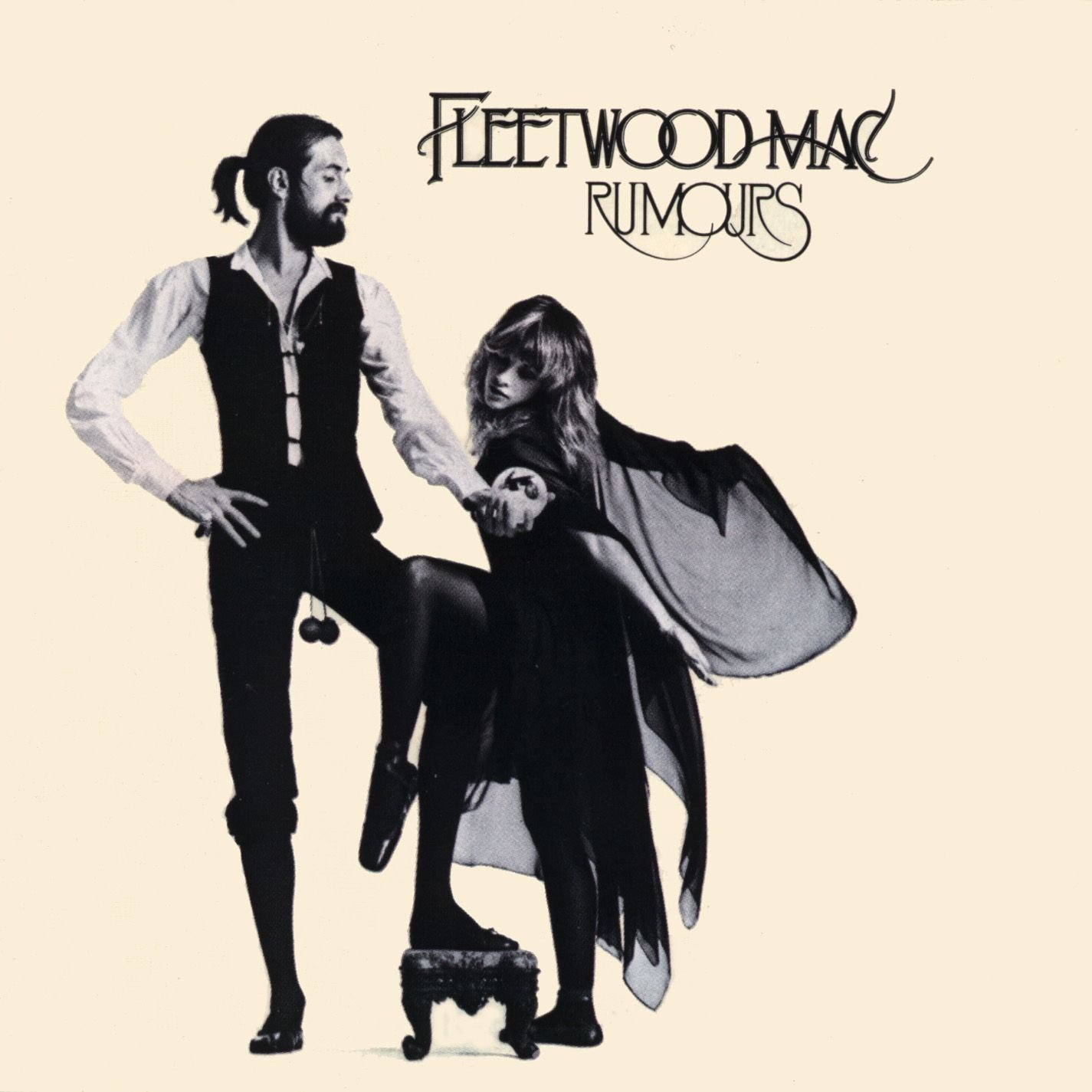 A tale of one classic album told in three anecdotal parts:

Anecdote 1: (Omens)
The day before writing this particular article, the one album review in the entire ’70s extravaganza that I was looking most forward to, something portentous and ominous occurred which I felt I had to mention. I was at work, making periodic trips to the back room where there is a portable radio that always seems to be on, even when closed, and always tuned to the local classic rock station. The first time I walked back, the familiar celebratory phrases of Fleetwood Mac‘s “Don’t Stop” could be heard. Knowing that I was writing the review the very next day, I put on a knowing smile and went about my business. Maybe two hours later, I had to return to the room, and this time, the tinny speakers filled the cavernous space with the sound of Stevie Nicks’ voice singing about “Dreams.” I took pause. (Wouldn’t you?) This event, rather than shaping an opinion I was to present, only enforced it, that being the album from whence these two singles came, Rumours, is a singular piece of recorded work that both typifies the era and transcends it at the same time. It stands as a landmark of pop Americana, yet also defies classification. It has easily recognizable hit singles, yet is also one of those albums that is more appreciated as a whole than as the sum of its parts. Standing as the third biggest-selling album of the ’70s, just behind Led Zeppelin’s untitled fourth album and Pink Floyd’s The Wall (which almost doesn’t count as it was released in December of ’79), having sold nearly twenty million copies, Rumours is an album that always fluctuates in and out of popularity, but never out of style.

Anecdote 2: (Browns)
There is very little I remember about being six years old. I have extremely vague recollections of seeing Star Wars on the big screen. I, in fact, have better and clearer memories of seeing the first Superman movie. Most of my memories of the late seventies, however, do have a consistent color theme. Browns saturated everything in the decade, from interior decorating to auto paint, clothes to graphic design. Being a baseball fan, I remember vividly the uniforms of the San Diego Padres and the Houston Astros, hideous combinations of browns, oranges and yellows that seemed to match the old color scheme of Taco Bell. Growing up in Southern California did not help offset the color malaise. Rather than the greens and blues I see daily now in the Pacific Northwest, I was surrounded by rolling dirt hills, dead plants and desert landscapes, particularly in the summer. My father worked in Temecula, an old desert town whose buildings were still from an “Old West” era, complete with hitching posts. One day I sat in the passenger seat of his business partner’s truck, which was, of course, brown, and he pushed in the eight track tape of Rumours. The cover depicted on the tape, the cream color background with the vaguely renaissance-esque poses of Mick Fleetwood and Stevie Nicks seemed mysteriously adult to me. So too did the voice of Stevie Nicks as she began to sing “Dreams.”

Anedcote 3: (Girl Trouble)
In my senior year of college, I lived in an apartment of five men. My friend Damon and I found the apartment together, merely hoping we might find two to three extra people to room with and share costs. It seems foolish now, and was indeed foolish at the time, but fate and luck (if you can call it that) stepped in. My girlfriend and I had just broken up, just as Damon and his girl had split. Our third roommate came in the form of a friend of my ex, who seemed to be sexually confused, to put it gently. The fourth came as another acquaintance who had come back from a year in Madrid, only to find that he and his girlfriend had drifted apart. Four would be OK, but somewhat of a strain financially.

In the zero hour, a very good friend of both mine and Damon’s returned from a dig in Africa to find that his relationship of seven years was crumbling and flawed. He became our fifth and final roommate. So, here we were, five bachelors living out their senior years, bitter, confused and finding solace in each other, and frankly, parties. (We even recorded the Violent Femmes’ “Girl Trouble” for our outgoing answering machine message). While we remained friends and roommates, so too did our exes. I know what we would talk about, can only imagine what they talked about, and cannot even begin to wonder what John and Christine McVie, Mick Fleetwood, Lindsey Buckingham and Stevie Nicks talked about, let alone how they got through an entire recording process together after their drama.

It is now part of legend, the recording of Rumours, possibly becoming even more widely known than the music itself. The McVies were divorcing, so was Fleetwood with his wife, and Buckingham and Nicks had split as a couple, all before beginning to record what would be a cathartic and bitter, yet poppy and accessible, infamous album. Chuck Klosterman, in his new book Killing Yourself to Live puts it best by quoting his friend Quincy, who, in an argument with Klosterman about Rumours and who had the moral high ground, Buckingham or Nicks, says, “the fact that Lindsey Buckingham even wrote a song like this [‘Go Your Own Way’] proves he’s a jackass. What kind of asshole forces his ex-girlfriend to sing backing vocals on a song that accuses her of being a slut?” I myself am torn about my personal feelings regarding the album’s participants. I find Buckingham to be a vastly underrated songwriter, the first to admit Brian Wilson’s rippling influences. I find Nicks to be one of the most enchanting personas in rock, petite and earthy, belied by her smoky vocals. To me, these two are what made Rumours so popular.

I can’t think of many people who talk about the McVie relationship before theirs, nor about the tall and skinny living Muppet that is Mick Fleetwood (Animal is supposedly based on him). Their dynamic and songwriting, Lindsey’s “Second Hand News,” “Never Going Back Again,” “Go Your Own Way,” and his portions of “The Chain,” along with Stevie’s “Dreams,” “I Don’t Want to Know,” and “Gold Dust Woman” make up the bulk of the album. Sure, Christine McVie’s “Don’t Stop” is a runaway radio hit, but could have been easily replaced on the album with Stevie’s single “Silver Springs,” a song which later appeared on the deluxe version of the album. McVie’s “Songbird” and “Oh Daddy” are beautiful and touching, but contain nowhere near the bitter vindictiveness of the prior two songwriters’ tunes. “You Make Loving Fun” is probably McVie’s greatest contribution to the record.

I realize that I barely touch on the contents of the album itself, but the popularity of the album, the millions of words already out there devoted to the album and the band, and the still consistent airplay of its recognizable songs make it completely unnecessary for me to describe them to anyone. This is part of the magic of Rumours. Merely mentioning the name of the album floods most people with very specific memories, whether they be of particular phrasings in songs, people, places and times in their lives, or the all-encompassing aura of relationship drama that surrounds the album itself. There is no mistaking that the album has gone beyond just being the eleventh album from a former blues band, and even beyond being a hugely popular hit record. It has taken on a life of its own, a document of five people’s inner turmoil exposed for all the world to see and hear. And despite its popularity, we want to listen again and again. 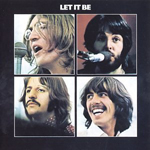 The Beatles – Let it Be