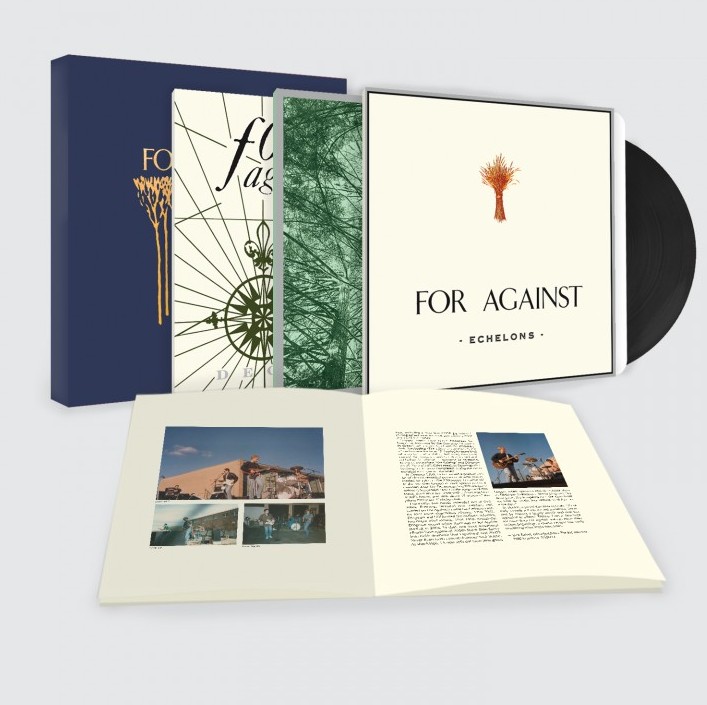 Lincoln, Nebraska’s For Against first rose to prominence in the 1980s, with a dreamy post-punk sound that stood in contrast to much of the Midwestern post-hardcore sounds at the time. Inspired by the likes of 4AD and Factory Records bands, For Against released a series of well-received underground classics via Independent Project, including 1988’s December — possibly their best known album. But their early albums haven’t been available on vinyl for a pretty long time.

On Dec. 3, Captured Tracks is reissuing the band’s first three releases — 1987’s Echelons, 1988’s December and 1990’s In the Marshes — in a vinyl box set. It will be limited to 1,000 copies, and will feature bonus writings and other extras included with the music. Take a look at the deluxe packaging above, and check out the tracklist below:

Tags
For Against new releases reissues