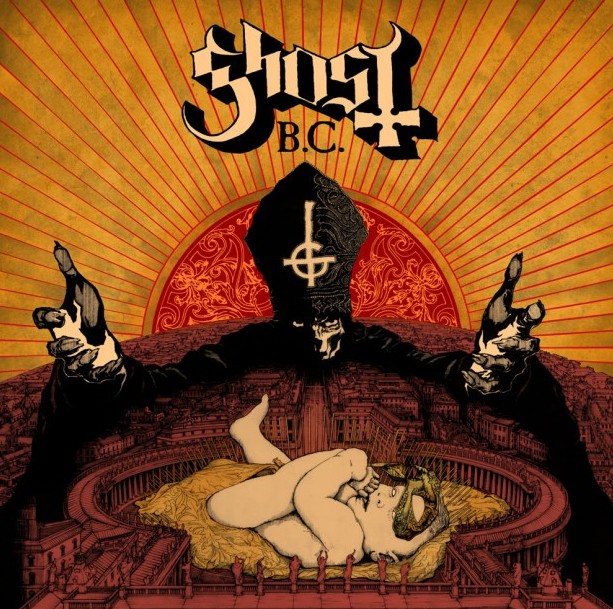 Ghost B.C., formerly known as Ghost, have been lumped under the “metal” umbrella since the release of their 2010 debut, Opus Eponymous, but as time goes on, their priorities more clearly seem to lie with the sounds of classic and progressive rock. The masked, nameless ghouls have covered The Beatles’ “Here Comes the Sun,” for starters. And with second album Infestissumam, the band go even deeper into theatrical rock sounds than they did on the catchy, occult rockers of their debut.

The strongest display of this development is on “Monstrance Clock,” the closing track on Infestissumam. A six-minute dirge that swells into a mighty and climactic close, “Monstrance Clock” shows off the band’s continually evolving progressive tendencies, while maintaining the accessibility of Opus’ best songs, like “Stand by Him” or “Elizabeth.” It’s a slow-moving song, creeping up slowly as it achieves a mesmerizing perfection in its massive, closing refrain: “Come together/ Together as one/ Come together/ For Lucifer’s son.” In case you forgot, Satan is kind of the band’s thing. They do their Dark Prince a great service with “Monstrance Clock,” as mighty an anthem as they’ve ever written.

[from Infestissumam, Loma Vista; out April 16]