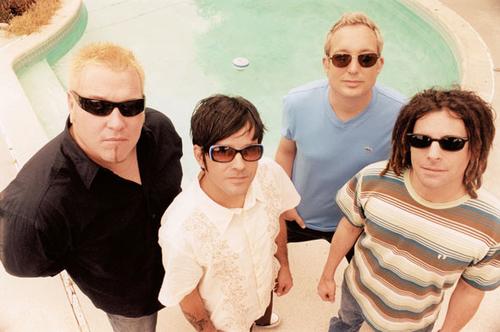 Close your eyes and let me whisk you away to a magical time that good taste forgot, but Guy Fieri didn’t. A time where every tip was frosted and every sneaker was platform. Polyester came roaring back, and so did hyper-aggressive machismo. It was a time of freedom, where we could pretend we liked ’50s lounge culture but still would rather listen to pop-punk, and where Adam Sandler stood like a god among men. Friends, welcome to the late ’90s.

Don’t get me wrong — some of my favorite albums of all time came from the late ’90s. In the Aeroplane Over the Sea, either/or, Emergency & I, Ladies and Gentlemen We Are Floating in Space — these are all amazing and enduring recordings that haven’t lost any of their appeal to me in the 14-17 years since I first heard them. But I also remember all too well the cultural cesspool that came to a simmer during the late ’90s, giving us some of the worst fashion choices and musical crimes that society has ever witnessed. We had chain wallets and Eiffel 65 — how great of an era could it really have been?

We also had (and I guess still do have) Smash Mouth. Hailing from San Jose, Calif., the group embodied just about every late ’90s stereotype you could pack into one band that wasn’t Sugar Ray. Few albums have argued so strongly for a pay-per-song system like iTunes — or, if we’re being honest here, piracy — like Smash Mouth’s Fush Yu Mang did way back in 1997. I’m going to go out on a limb and say that everyone who bought a copy — who wasn’t related to anyone in the band or high school friends of theirs or whatever — did so on the basis of their hit single “Walking on the Sun.” And that song is charming enough: an organ hook borrowed from Perrey-Kingsley’s The In Sound from Way Out guides a three-minute stroll through stylized lounge-soul-bro-pop that had its McG-directed video ready to go pretty much as soon as the band put it on tape. But it also sounds essentially nothing like the rest of Fush Yu Mang. (Note: The title came from a line in Scarface, but stylized here to look “Oriental” just seems sorta racist.) 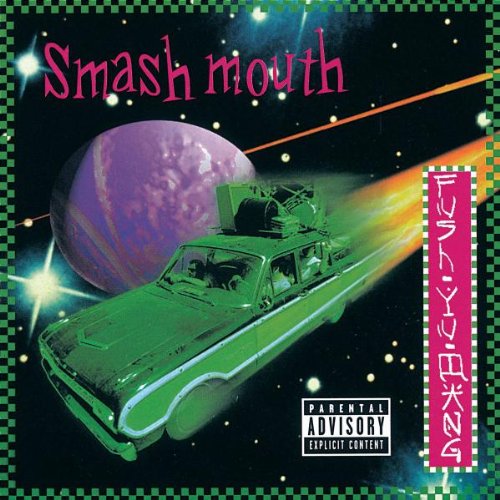 The rest of Fush Yu Mang is amateur open mic at a comedy club, set to a generic ska-punk backing track. Steve Harwell — a former rapper from group F.O.S. — goes for the observational route, delving into comical mishaps like being mistaken for your maybe lesbian (?) girlfriend’s ex-girlfriend on “Flo,” being so pathetic you’ll have sex with anyone on “Beer Goggles,” or on “Pet Names” — and here’s a knee-slapper — pet names! He’s a regular Sinbad, that Harwell. And poetic — he rhymes “caffein-o” and Al Pacino with “Padrino,” and in a rapped bridge during “Disconnect The Dots” (see?) he dispenses timeless wisdom like “The world is your aquarium and you are the cat.” You hear that, kids? That’s the sound of wisdom.

Sure, so Steve Harwell’s lyrics are stuck somewhere between fortune cookies and things you’d only say five beers into a bender, but we’ll give him the benefit of the time period. He’s probably no worse than Mark McGrath or Fred Durst were around that time, though that’s a pretty low bar to clear. And he’s still just barely grazing it. The bigger problem is that, as much eye rolling as Harwell causes, it’s made worse by tepid, generic ska-punk sounds that, even by 1997, sounded out of date. And, of course, those by-the-numbers songs would be forgettable if not for Harwell delivering lines like “You used to call me shnookums and shit! like! that!” in his uniquely nasal sneer. Okay, come to think of it, I might have been a little off in my estimation: Smash Mouth’s lyrics and music are both pretty much terrible throughout the entirety of Fush Yu Mang.

So what about “Walking On the Sun,” then? I suppose I might have implied that it’s the one place where Smash Mouth didn’t entirely blow it, even if it doesn’t mean they didn’t live up to a cringeworthy ’90s suburban stereotype in the process. And it is the one song on the album that could arguably be called a standout. I’m not saying it’s a good song; that’s an entirely different matter. What we’re talking about here is a song that uses cognitive dissonance as a hook. It’s essentially an argument for chilling out, man — ignoring trends and fads and fashion and all those big-time hassles that got us down in the ’60s. Only… the ’60s ended long before Smash Mouth ever strummed their first chord, and they made it quite clear from their faux-lounge stylization and Black Flys sunglasses that they were perfectly comfortable with the fashion of the ’90s — whether it had an expiration date or not. “Walking On the Sun” is catchy — even not terrible — but it still sort of sucks.

Oh, also, they cover War’s “Why Can’t We Be Friends” which started them off on a path toward becoming one of the most prolific cover bands of the ’00s (“I’m a Believer,” “Can’t Get Enough of You, Baby” etc.). Good for them? They certainly had a big-enough hit a few years later (“All Star”) to never have to write their own songs again. If only they chose that course of action… But then again they’ve branched out since then, and now have their own cookbook. Serve me up some of those peanut butter snickers fries!