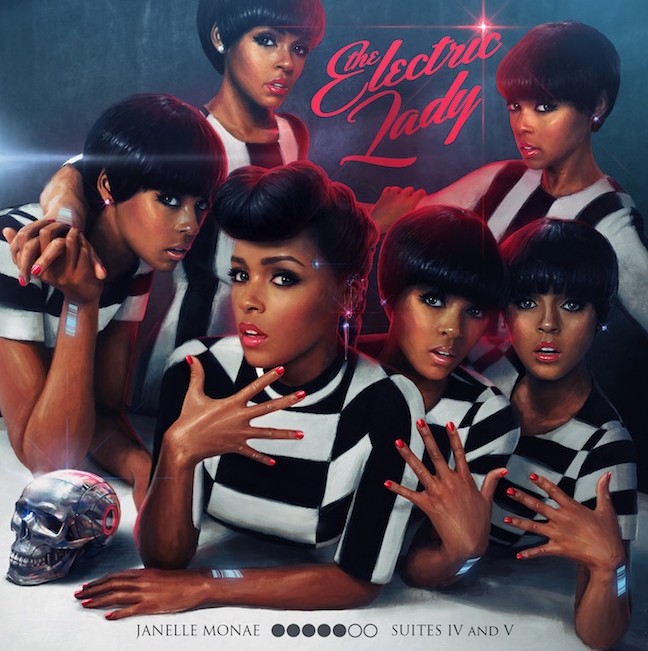 After a slow drip of information, including a handful of track streams and a video, Janelle Monáe has finally revealed some all important details about her new album, The Electric Lady, which follows 2010’s The ArchAndroid. The album is out Sept. 10, and that image above is its cover art. You can read about the significance and mythology behind the image here.

The album features contributions from Erykah Badu (“Q.U.E.E.N.”), Miguel (“PrimeTime”) and Prince (“Givin Em What They Love”), plus appearances by Solange, Big Boi, Cee-Lo Green and Esperanza Spalding. There is also a two-disc deluxe edition of the album that will feature a different cover, and will be available only at Target.