Ghosts have followed Jason Molina throughout his career. Sometimes he’d let them take the wheel while he rode shotgun. Sometimes they’d be caught on tape in the background of found sounds in exotic locales. The word “ghost,” itself, seemed to crop up in his lyrics or titles as often as “blues” or “moon,” his music as Songs: Ohia always feeling as if it were in the presence of some unseen figure or force. To call it either “soulful” or “spiritual” seems almost too on the nose—Molina’s muses often felt as if they were from another world entirely.

The eeriest of Molina’s songwriting happened in his twenties as a younger man when the myths about him hadn’t yet been written, consuming much of his work up to the end of Songs: Ohia with 2002’s Didn’t It Rain. Yet even after Jason Molina traded that project for the rich, Crazy Horse-like country-rock of Magnolia Electric Co., his music still retained a sense of eerie romance deep within its layers of ragged distortion. Strip a song like “I’ve Been Riding With the Ghost” down to its barest skeleton of a song and you’ll still find a solitary troubadour with an ear for the mystical, and an eye for beauty where others might see only concrete and rust.

That’s the Molina whose music is at the heart of Eight Gates, a collection of songs written in London in 2008—five years before his death at age 39 of complications related to alcoholism—and recorded in 2009. It’s a relatively brief album at just over 25 minutes, but time seems to stand still in each of these stark, chilling dirges, Molina’s gently plucked chords and otherworldly organ backing lit only by the barest flickering flame. At the time, Molina said he was in poor health, supposedly having been bitten by a particularly venomous spider in Northern Italy, though the details of his time in Europe are shady and perhaps embellished by his own penchant for spinning a yarn. But the Jason Molina of Eight Gates is one disquieted by a similar kind of emptiness that he stared down as a younger man.

Eight Gates features no big rock anthems like “The Dark Don’t Hide It” or big riffs like that of “Farewell Transmission.” These songs are mostly left as stripped-down arrangements comprising Molina’s guitar and vocals, occasionally fleshed out with violin or organ. Only one song, “Shadows Answer the Wall,” features a full-band arrangement, but much like the best moments on albums such as Didn’t It Rain or Ghost Tropic, the open space within the songs is a rich instrument all its own. Opening track “Whisper Away” is practically a dark ambient track, the gentle ring of Molina’s guitar more of a drone than a strum, and his vocals a cryptically heartbreaking lament: “Whisper away your last smile/What’s real is I have no wish.”

There’s a looseness to these songs that at times recalls late-era Talk Talk, as on the darkly soulful “Shadows Answer the Wall” or the ambient pop of “Thistle Blue,” wherein the whir of a Hammond oscillates remarkably close to the tones of that band’s Laughing Stock. The latter in particular is one of the most chilling compositions in Molina’s catalog, which says a lot in the context of songs like “The Body Burned Away” and “The Black Crow.” The incredible and all-too-short “Fire on the Rail”—every song here seems to fade away almost as quickly as it arrives—begins with Molina’s a cappella vocals providing a brief bridge into a stark arrangement of ambient, ringing guitar licks and a slightly unsettling pulse. There’s no denying that the circumstances of Eight Gates‘ release only compound it, but much of what’s here is unusually haunting, even for a songwriter who so frequently seemed to commune with the supernatural.

Throughout the album are sounds of birds chirping—a flock of local parakeets that would visit Molina during his illness that, according to local lore, are the descendants of birds that once belonged to Jimi Hendrix, who freed them into the city. (They also appear in Will Schaff’s cover illustration.) They’re bright moments of levity, as is the brief clip of Molina saying “Alright everybody shut up” at the beginning of “The Crossroad + The Emptiness,” which cut through some of the heavy, somber nature of these dirges. They’re also a unifying thread through pieces that the late Molina left behind, stark recordings for which there will never be a proper answer to how they were intended to be heard. Even without the bright chirps of Molina’s avian guest stars, these songs feel as if they belong together—nine brief moments of mystical beauty from a distant voice that invokes feelings of both profound sadness and comfort alike. 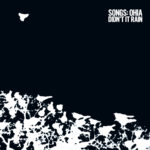 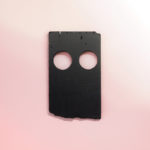 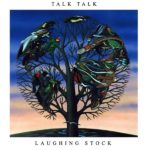