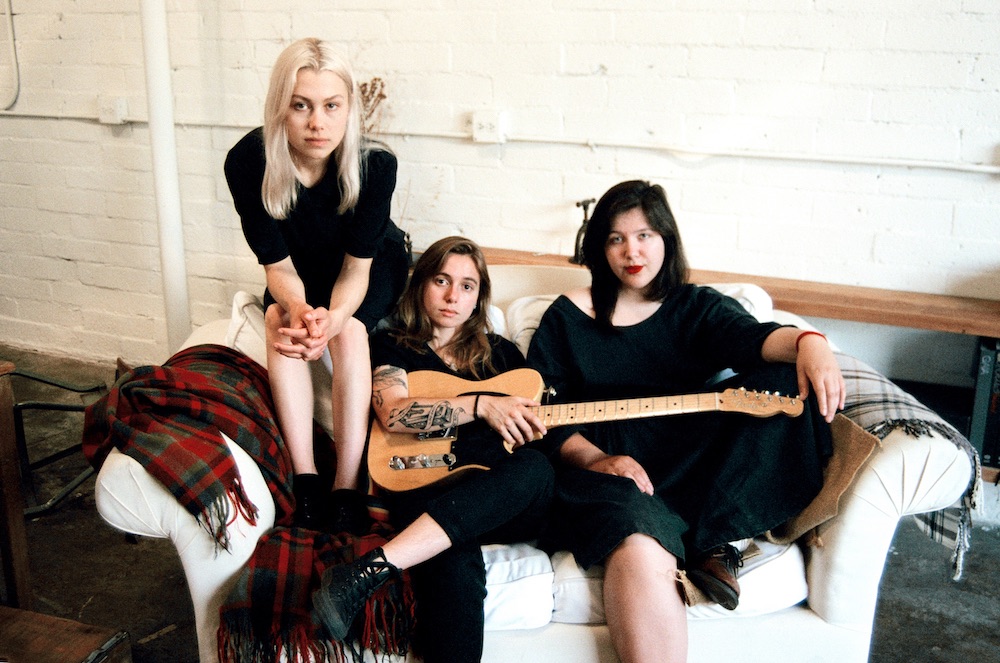 Some news leaked earlier this month that singer/songwriters Julien Baker, Phoebe Bridgers and Lucy Dacus had formed a new group called boygenius, and today they’ve announced their debut release. On November 9, they’re releasing their self-titled six-song debut EP via Matador. The trio has shared three new songs from the EP: “Bite the Hand,” “Me & My Dog” and “Stay Down,” all of which can be streamed below. The three artists are also touring together this fall, during which they’ll each be playing separate sets, but likely with some boygenius collaborations in between. Take a look at those dates below.

Earlier this year, Lucy Dacus released Historian. Phoebe Bridgers’ debut Stranger In the Alps is on our list of the Top 50 Albums of 2017.