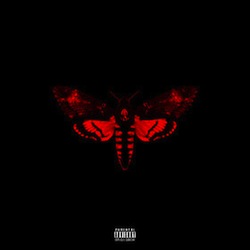 Lil Wayne is often the butt of snarky internet memes that cleverly juxtapose images of the the New Orleans-born rapper wearing pink leopard-print leggings next to the likes of John Lennon and Jimi Hendrix, where the crux of the joke is the straw-man question, “what has happened to music?” or the corollary answer “This is what’s wrong with music!” Weezy has brought much of this scrutiny upon himself — amplifying the absurdities in his personality like that kid who puts snails in his mouth and chases girls around the schoolyard. Nonetheless, before his obsession with negative attention, Lil Wayne was a firebrand MC, who wrestled the English language with a perfect mixture of aggression and humor and leaped between metaphors and the literal with vigorous finesse (“never broke always have cash on me; never broke never have a cast on me” being one of my personal favorites).

“You just don’t know the Lil Wayne that I knew,” I often try and tell these elitist pundits. However, my pleas are all in vain. All they see are said pink-leopard-print leggings, along with the clownish skateboarding attempts, his attempt at a rock album and the shoe line that he endorsed, which jovially celebrates his addiction to codeine.

I hoped Wayne would return to a lyrical state where his snarling boasts of being the “best rapper alive!” were not unreasonable. However, Father Time spares no one, especially not in the fickle world of Rap music. I Am Not A Human Being II begins with esoteric hope; a melancholy piano medley offers glimmers that Weezy will drop grimly genius introspection (a la “I Feel Like Dying”) but the tone quickly degrades into a parade of sex jokes, which would be fine, but these jokes aren’t even clever (e.g. “I’m in the crib butt-naked, bitch; she said my dick could be the next black president“).

In his prime, Lil Wayne claimed that he barely cared about the artistic value that can potentially be gleaned out of his music and that if there wasn’t a hefty payday that he wouldn’t even bother rapping. This boast of purebred capitalism enhanced Wayne’s legend as hip-hop fans couldn’t fathom the wide rift between his supposed apathy and the mesmerizing lyrical fire on mixtapes like Da Drought and Dedication. Weezy’s apathy was intriguing then but it’s literal now. Wayne just doesn’t seem to care on I Am Not A Human Being II. On tracks like “Trigger Finger” Wayne’s flow hobbles across contrived and synthetic violins. Meanwhile, “Days and Days” pairs Wayne with the current guru of the guest-verse, 2Chainz, on a non-sequitur jam where Wayne’s torpid flow gets lapped by 2Chainz’s aggressive southern bravado.

The disparity between the two efforts, and the lack of focus on any common idea, are microcosms of the album’s shortcomings. Wayne is outdone by nearly all of IANAHBII‘s guest appearances; most-notably, “Trippy” hears Juicy J provide a hypnotic hook to complement his nihilistic verse about his love for drugs and supermodels, while Wayne’s verse is a sappy mixture of cliche-pot references and onomatopoeia screeches.