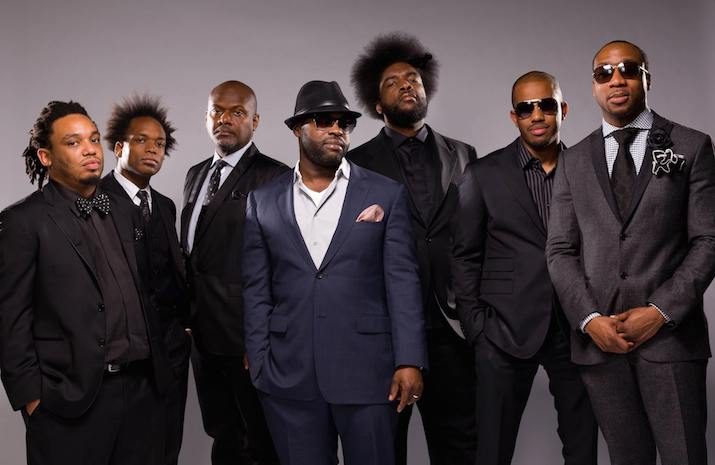 The Roots have announced the 10th anniversary of their annual Roots Picnic festival, which is taking place on Saturday, June 3, at Festival Pier at Penn’s Landing in Philadelphia. The Roots, as always, are performing at the festival, with a special headlining set featuring Pharrell Williams. The Roots Picnic 2017 lineup also includes Lil Wayne, Solange, 21 Savage, Kimbra, a Black Thought & J Period “Mixtape” set (featuring Mobb Deep, Scott Storch and Fat Joe), Thundercat, Pete Rock, Michael Kiwanuka, James Vincent McMorrow, Gilles Peterson, Noname, Virgil Abloh and more. Take a look at the full lineup on the poster below, and at the festival website.

Last year, The Roots held two Roots Picnic festivals, one in Philly and one in New York. So far, a second New York weekend hasn’t been announced. 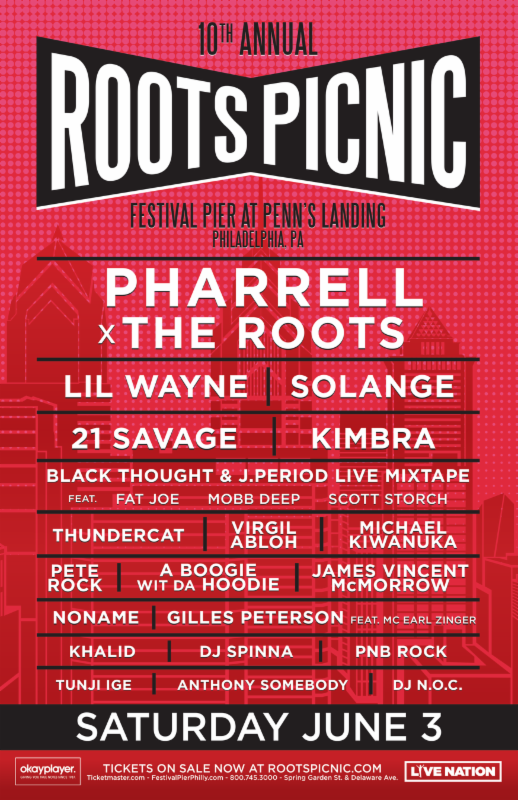