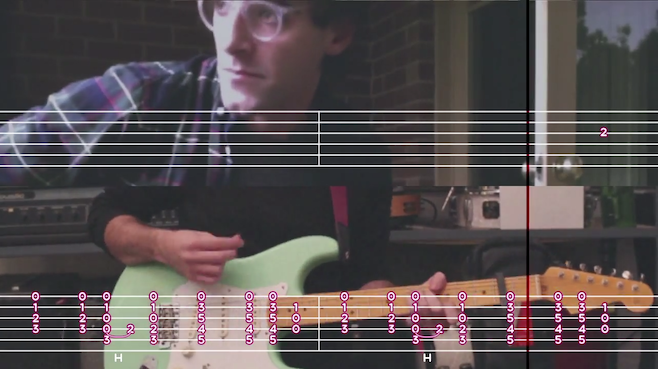 Real Estate have revealed another new song from Atlas, their third album and follow-up to 2011’s Days. The new track, “Crime,” is a characteristically dreamy and jangly gem of a song, but rather than debut a lyric video for the track (or just a plain old stream), Real Estate has made a guitar-tab tutorial video so you can play along with Matt Mondanile and Martin Courtney while they strum you off into a blissful place.

The video was filmed by Charles Poekel and Brooke Salisbury and features animation by Natalia Stuyk. And it’s worth saying, as well, that the song is just magnificent. Atlas will be out March 4 in the United States, and one day earlier in the UK, via Domino.