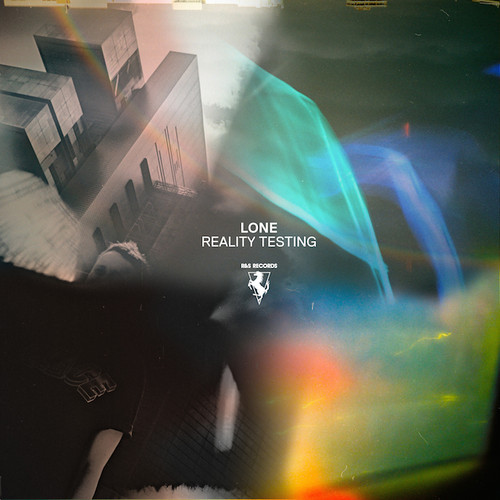 Producing electronic music means never being able to sit still. That’s true in a kind of literal sense — if dance music is what you make, then those asses better be moving. But there’s also a broader context to that movement; dance and electronic sounds have been in a continuous state of flux ever since Luigi Rossolo published “The Art of Noises,” and it can be challenging enough as a listener to keep up with the many directions it can take in any given period. The past half-decade has been dominated by bass music, for instance, but it’s also seen a rise and resurgence of house and jungle, while artists like Todd Terje are still finding room to innovate in the realm of space- and nu-disco. And though superstar festival DJs still draw massive crowds, thankfully the catch-all “EDM” — which is about as useful as “indie rock” — isn’t being thrown around so lightly anymore.

Since experimenting in his bedroom with sampling equipment in the 1990s, UK producer Matt Cutler — a.k.a. Lone — has, himself, been constantly evolving as an artist. And it’s been genuinely fascinating to watch where that evolution has taken him, his output sounding both consistently current and often remaining independent from overarching trends in electronic music. He’s covered a spectrum that reaches from Boards of Canada IDM (2007’s Everything Is Changing Colour) to a much more intense burst of late ’90s-style acid house (2012’s Galaxy Garden), with a reasonable helping of purple sound intoxication and Flying Lotus wonk in between. Whether or not he’s the best contemporary producer in dance music is a debatable point, but there’s little argument about just how imagination there is within his colorful beatscapes — or for that matter, how much joy they exude.

New album Reality Testing is his most colorful and vibrant by far, surpassing even high-water-mark album Galaxy Garden. But yet again, his focus has shifted a bit. While Reality Testing is, ostensibly, a house record, Cutler showcases a more explicit hip-hop influence on this set of songs. The ways in which they converge range from playful and fun to revelatory. “Coincidences” is a case of the former, with bright synths bouncing against a bed of lazy snare breaks, making good on an ideal of what chillwave might have been. Yet “2 is 8” is clearly the latter, a stunning juxtaposition of warmly filtered melodies over a drum-kick that might have been flipped by DJ Premier. It’s the sound of summertime joy, punctuated by a “Yeah!” shouted by a chorus of children. And for all its retro class-of-’93 charm, it feels incredibly contemporary.

Cutler has long been economical with his use of space, and even on his more high-energy jams, he’s displayed something of a less-is-more approach that essentially ensures a more satisfying product. The video-arcade breaks of “Meeker Warm Energy” certainly could be transformed into an actual rap tune, but the slowly moving sheets of gauze he layers over each other are captivating enough on their own. And the more traditional piano house on “Aurora Northern Quarter” could easily ascend into a more intense experience, but Cutler prefers the path of least obviousness, allowing his arrangement to simmer in a steam-bath of captivating atmosphere instead of inescapable thump. The same can be said of “Begin to Begin” (originally found on last year’s Airglow Fires EP), which — outside of its giddy popcorn keyboards — ultimately feels like it’s just gorgeously floating in space.

It’s a little bit ironic that Cutler is always moving forward as an artist, since so much of his music feels comfortable to settle in one space and explore the nooks and crannies therein. He’s a master at crafting atmosphere, and though that sometimes translates to “ambient,” Cutler bolsters his intoxicating sonic mists with beats that are undoubtedly made for movement. Lone’s Reality Testing does, indeed, sound like the future of dance music, but I’ll do you one better: It simply sounds like the future.