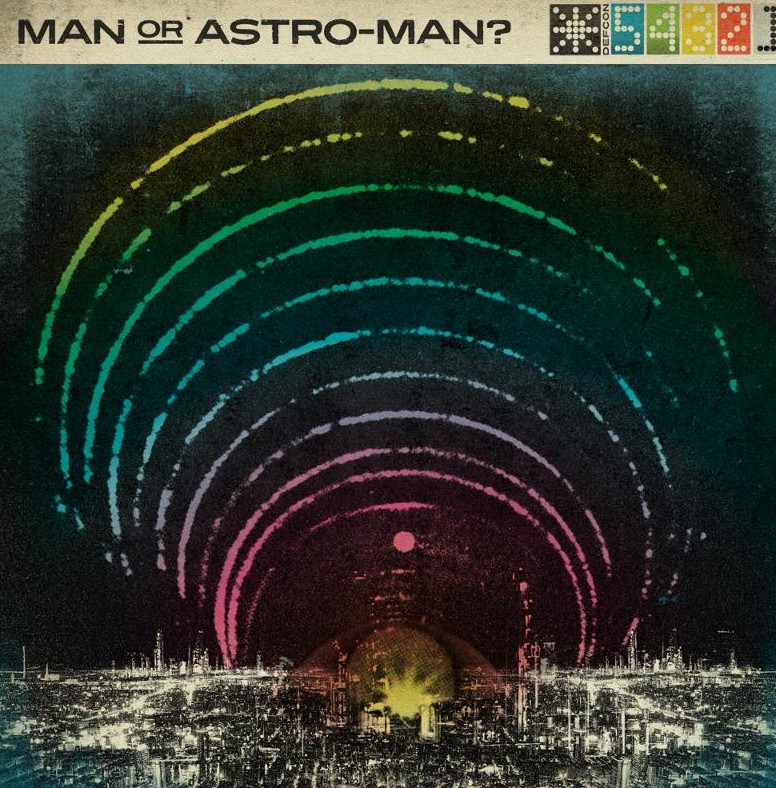 Space-age surf rockers Man or Astro-Man? return in 2013 with their first album of new material since 2000’s A Spectrum of Infinite Scale. The group reformed in 2010 to play a series of shows, and three years later, the Georgia-based sci-fi guitar slingers have a new set of material, recorded with Steve Albini in Chicago (as well as with Daniel Farris of Denial Labs in Birmingham, Ala.).

Defcon 5…4…3…2…1 will be released May 21, via Communicating Vessels/Chunklet. That’s the album art above, and you can check out the tracklist below.