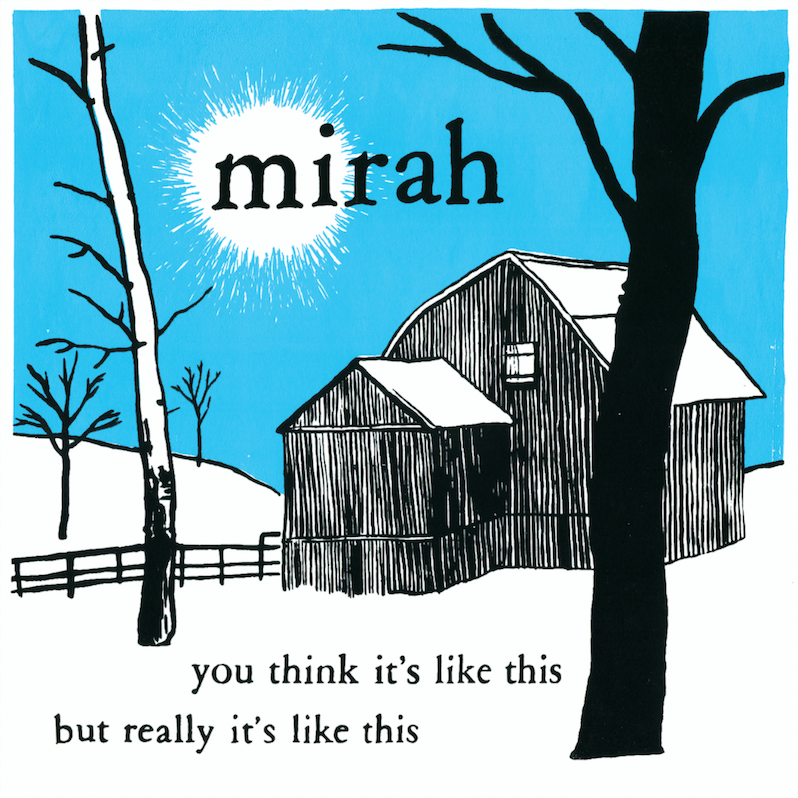 Singer/songwriter Mirah is reissuing her debut album You Think It’s Like This but Really It’s Like This as a double LP for its 20th anniversary. The album will be released on July 31 via Double Double Whammy, with the first LP featuring the original remastered album and the second LP a tribute to the original album, featuring covers of its 16 tracks by Mount Eerie, Why?, Y La Bamba, Shamir, Sad 13, Allison Crutchfield and more.

The first track released from it is Mount Eerie’s cover of “Of Pressure.” Mount Eerie’s Phil Elverum, a friend and former bandmate of Mirah’s, said in a press release, “It was a joy to record my version of Mirah’s song ‘Of Pressure’ using the old cassette 4 track and all the instruments we used to use together in the old days. Same air organ, same antique drum machine, same chaos. I remember when Mirah first recorded her original. It was part of a batch of songs that she worked on independently of our collaboration in Dub Narcotic studio. Her 4 track world. That one was a big built world of mounting layers, the feeling of pressure and depth. I loved it and I still do. I wanted to see if I could make it a little more oppressive even.”

Hear it below and take a look at the tracklist.