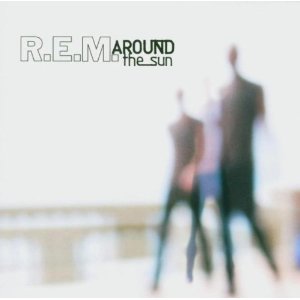 When Bill Berry left R.E.M., inevitably, the long-running Athens, Ga. band was in a position that required making some adjustments. Not having a drummer isn’t exactly a crippling problem to a lot of bands, and certainly a Warner Bros. budget and two decades of connections could have gotten a more than adequate session drummer should the band have needed something more dynamic than programmed percussion. But with Up, their first album after Berry left the band, the group proved that, as a trio, they were able to do just fine, delivering an album that, aesthetically, sounded more Radiohead than traditionally R.E.M., and ranks as one of their last really good albums, and an underrated gem in their catalog.

As time went on, however, the band began to lose steam, and their subsequent albums, Reveal and Around the Sun, sounded like nothing more than a once great band running out of steam. Reveal, at least, had the benefit of a stellar single in “Imitation of Life.” And there may have been a handful of other keepers on the album, but nothing even approaching their best songs from Automatic for the People or Murmur. With Around the Sun, unfortunately, they didn’t even have the benefit of a really good single, just 13 pale stencils in the shape of songs.

When Treble ran a Celebrate the Catalog feature last year, following the announcement of the band’s dissolution, Adam Blyweiss gave it the lowest rating of all the band’s albums, a measly two points out of 10. Having never given the album as thorough a listen as I figured I should, I took this slam to be unusually harsh. After spending the required 50 minutes to absorb the album, as much as one can with something this forgettable, I now feel obligated to report that it’s much worse than I imagined.

With an album like Around the Sun, “bad” is sort of a relative term. It’s not as if R.E.M. decided to release their version of The Life of Chris Gaines or The Funky Headhunter, but everything that once made this band great – intricate and historically detailed lyrics, unshakable melodies, sparkling guitar riffs, energy – are pretty much all missing in action. What they offer instead is beige in 13 variations, touched up by awkward lyrics and aimless synthesizers. In a way, it almost sounds like the band was attempting to recreate Up in some form; the atmospheric production suggests a similar approach, and the notable absence of any explicitly R.E.M.-sounding songs draws a parallel. But the primary difference is that on Up, the band actually sounded like they spent some time writing the songs, and attempting to get them just right. Here, the band doesn’t even sound like they want to be there.

“Leaving New York,” the first track and single from the album, is about as good as the album gets, and that’s saying a lot. It’s a decent song, but by no means a great one, and from there, things grow from dreary to embarrassing. “The Outsiders” is another attempt to mix R.E.M. with hip-hop, and as many will remember from 1991’s “Radio Song,” it didn’t work out that great the first time. Here, Q-Tip lends his lackadaisical verses to an otherwise lethargic production, rife with dated electronics. And while few of the songs here are all that great, those dated electronics tend to ruin whatever redeeming qualities they had. “Final Straw” is a nice enough acoustic ballad in the vein of “Drive,” made much worse by the addition of goofy synth. And for a minute I thought “Aftermath” broke the cycle with some horns, but as it turns out, those were just more goofy synths.

Meanwhile, Michael Stipe’s lyrics sound more tossed off than they ever have, often going the full WTF route, but more often than not resorting to cliches and lame self-help slogans (“Hold on world, because you don’t know what’s coming”). On “Make It All Ok,” Stipe drops a few choice truth bombs, like “So our past has been rewritten/ and you threw away the pen.” The uninspired faux-soul of “The Ascent of Man” offers a few more (“I am a lamb without a rack”, “I try to walk like a big wham bam”). And then there’s the bizarre/gross couplet of “I am searching for greatness/I smear it on my face” in “Wanderlust.”

If R.E.M. doesn’t sound like they actually give a shit on Around the Sun, it’s because they probably didn’t. Guitarist Peter Buck has actually gone on record as saying he doesn’t like the album, noting that it sounds like ” a bunch of people that are so bored with the material that they can’t stand it anymore.” And no extra layers of synthesizer are going to cover that up. There are definitely worse albums in the world, but not by R.E.M. And frankly, though they’ve never been immune from missteps, Around the Sun is unusually lifeless and unfocused. And I don’t blame the band one bit for essentially disavowing it.