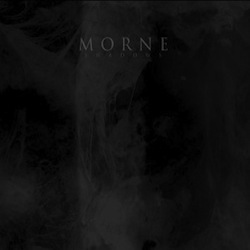 Boston metal quartet Morne have been tossed a lot of labels in their eight years together — crust, hardcore, doom, sludge, post-metal, post-sludge, prog-metal, um, stenchcore? — and depending upon which of their recordings a listener happens to spin, all of them are essentially pretty accurate. On 2009’s Untold Wait, the group blended furious, Amebix-style crust-punk with guttural, epic sludge, a powerful combination that caught the attention of black metal icons Darkthrone, who referenced the band on the cover of their 2010 album, Circle the Wagons. The band’s 2011 album Asylum took their sound to an even more progressive direction, adding graceful, neo-classical flourishes and some stunning post-metal passages. And as the Massachusetts-based muck-churners continue to evolve with third album Shadows, they arrive upon a sound that’s at once heavy and brutal, but easily their prettiest album to date.

It always seems sort of funny to call a metal album “pretty” — by nature this is music that should be entirely the opposite. Yet it’s not all that difficult to find the beauty in an album like Shadows. Much like sludge titans Neurosis, Morne have concentrated their efforts less on shorter, face-ripping hardcore blasts and more on slower, lengthier dirges that reveal themselves not so much as relentlessly aggressive but sinuous, muscular works of melancholy art. The group has frequently referred to the likes of Joy Division and Pink Floyd as influences, and on Shadows, these pinnacles of darkness and space haunt the group’s sound more strongly than ever.

Bearing only four tracks, two of them longer than 10 minutes apiece, Shadows is an album that requires a bit of patience to fully soak in, not to mention some extra time to process it all, though it’s highly engaging throughout. The massive boom of distortion that comes thundering out of the gates on opening track “Coming of Winter” portends an overwhelming, awe-inspiring listening experience, welcoming in a low-BPM onslaught of earth-crumbling doom. It’s a gloriously heavy thing, though it’s only a brief glimpse into Morne’s expansive capabilities, which truly come to shine when given the space to stretch out. The longest of these, “A Distance,” takes a full four minutes to build from gentle, clean guitar riffs into a soaring sludge crawl, which then transitions into a massive act of tenderization, its beats and chugging guitars inserting a more visceral power than the awe-inspiring sprawl from which it came. There’s a similar opening to the incredible “New Dawn,” but a more direct one, Jeff Hayward’s guitar shimmering beneath Milosz Gassan’s anguished moans. And as the song comes to its mighty, stoic close, it only seems to crawl more slowly, elegantly crumbling and dying in a short fade of fuzz.

The relatively short (just shy of eight minutes) title track closes the album on a punchier, somewhat more aggressive note, though its greatest moments are not its sludgy riffs but its climactic guitar harmonization, which carries out the song toward a hazy, noisy exit fog. It’s a rich payoff to a series of epic tracks that seek not so much to deliver a payoff as an extended, sensory experience. That experience is, in itself, a kind of payoff — a dense and incredible sonic immersion that can be harrowing and bleak, but beautiful in spite of it. On Shadows, Morne guide the listener on a slow journey to a dark place; follow them — they know the way.

Shadow of the Horns: Hybrid moments