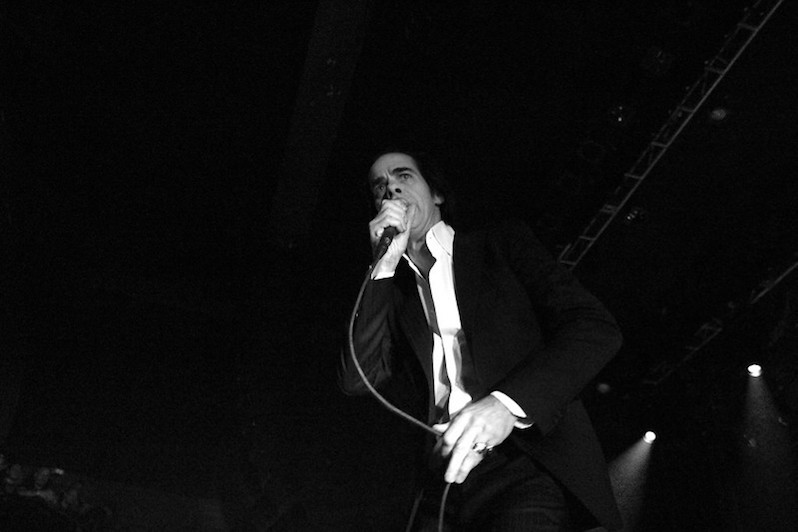 Music never made anyone commit crimes. It’s been a convenient scapegoat for slippery politicians who’d rather not confront the powerful lobbies who fund their campaigns, a thorn in the side of religious groups and nervous parents. But music’s always been a lagging indicator—it’s a product and reflection of the society it comes from, and crime has existed nearly as long as fishing and subsistence farming. So naturally, it finds its way into what we listen to, from outlaw country songs to coke rap and narcocorridos. And before the technology existed to even capture recorded sound (“when times were hard…“), there were murder ballads—folksongs traded like tall tales from generation to generation, keeping alive legends and myths of Matty Groves and Frankie and Johnny and Mary Hamilton. The words shift, the shadows grow taller and the knife goes in a little deeper depending on which versions of them you hear, but the ending is always the same: Someone ends up dead.

It should only stand to reason that some of the earliest published songs were, in fact, murder ballads, and few have had as storied a history and as complicated an evolution as “Stagger Lee,” or “Stack-a-Lee,” “Stagolee,” or “Stack O’Lee,” depending on whose version it is. The basic gist of the song—which is more or less a true story—goes like this: St. Louis pimp Lee Shelton, in the late 19th century, is drinking at the Bill Curtis Saloon with Billy Lyons, an acquaintance and possible underworld rival. Lyons steals Shelton’s hat, so Shelton shoots him. And that’s pretty much it. Oh, and Lee was possibly named after a riverboat famed for on-board prostitution called the Stack Lee. But those details, like those of the crime itself, are up for debate. Lee Shelton was very real however, and 100 years of folk tradition made him into a legend.

What’s peculiar about “Stagger Lee” is that its first recorded version, released in 1923 by Waring’s Pennsylvanians, doesn’t even have lyrics. It’s a New Orleans jazz instrumental that seems to have no real connection to any such murder, or any such person, other than that “Stagger Lee” had, after several decades, a mythical name. But that soon changed with the release of Lovie Austin’s “Skeeg-A-Lee Blues,” then versions by Ma Rainey, Frank Hutchison, Duke Ellington and Cliff Edwards. Yet it was Mississippi John Hurt’s version that came to be the true standard. And while many of the details in his take stray from the tale a bit—Lee shot “Billy de Lyons,” apparently they were gambling in a coal mine?—there’s a shorter line drawn between Hurt’s interpretation of the tale and more modern versions than the jaunty instrumental.

In the aftermath of World War II, “Stagger Lee” took on an entirely new life. New Orleans R&B singer Lloyd Price made “Stagger Lee” into a number one hit in 1958, and it’s swinging, boisterous sound is a far cry from what one might expect, given the history of the tale. It sounds like a party—a saxophone-packed single made for dancing, with a toned-down recounting of Stagger Lee’s murder of Billy Lyons. Though it’s not entirely novel to hear a song steeped in crime narrative that sounds like a good time—Raekwon’s got his bangers, too—Price’s reinvention of the song is almost so infectious that the murder gets lost in the shuffle. But all the details are, indeed, there: “Stagger Lee shot Billy/Oh he shot that poor boy so bad/Till the bullet came through Billy and it broke the bartender’s glass.” Perhaps the cruelest detail, however, is the backing vocals: “Go, Stagger Lee!” In light of a heinous murder, somehow we’re still in the gunman’s corner. Lord knows we love a villain.

Given the runaway success of Price’s version, including a radically altered and non-violent version he performed on Dick Clark’s American Bandstand, it’s no surprise that the celebrated bloodbath continued to circulate in popular music, each version a little bit different. Wilson Pickett’s version, faithful to Price’s, likewise climbed the charts in 1967. Pat Boone, amusingly enough, released his own version in 1961, and none other than James Brown released his own funky-as-hell version the same year Pickett did. By the time the Grateful Dead got their hands on it in 1978, they likewise tweaked the details a bit. The incident apparently happened in “1948, Christmas Eve, full moon over town,” which was fully 20 years after Mississippi John Hurt released his own version of the song. But Jerry Garcia and company had, no doubt, intended to offer their own nod to Hurt himself, as Garcia calls the victim “Billy de Lyons.” The song had taken on so many different lives by 1978 that any new interpretation could be somehow traced back to an earlier version in some way or another, even with the dates changed, the rhythm sped up or slowed down. But in the Dead’s version, Billy’s girl Delia gets her revenge and “shot him in the balls.” Ouch.

And then there’s Nick Cave‘s version. When Cave released Murder Ballads in 1996 with The Bad Seeds, he wrote nearly an entire album’s worth of new material inspired by the murder ballad tradition rather than choosing to deliver a full-length set of public domain rap sheets. He did, however, take inspiration from some vintage source material for a few key songs, “Stagger Lee” being the most memorable. Less a cover of any particular version and rather a complete rewrite of the tale, Cave imagines Stagger Lee as a deranged, gay, rapist psychopath who’d “crawl over 50 good pussies just to get to one fat boy’s asshole.” It’s the filthiest version of the song that I know of, and it carries a funky strut if only to amplify the grotesque caricature in the song. It’s also bleakly humorous, reflected in the banter Cave builds into the tale: “She saw the barkeep, said ‘Oh god, he can’t be dead’/Stag said, ‘Well just count the holes in the motherfucker’s head.‘” That kind of gift for the macabre can’t be copied, but then again it had some good source material. And the six or seven minutes of seeing Nick Cave perform it live, getting up in some poor guy’s face just before Stagger Lee unloads his clip, remains one of the most entertaining moments in my 23 years or so of going to see live music.

“Stagger Lee,” like so many other songs in this dark folk tradition, sees its protagonist change in shape from a wronged man with an itchy trigger to an outright monster as the original begins to fade and the subsequent renderings require more of a touch-up. Stagger Lee was a bad man. He’s also a madman, “twice as big as me,” and he packs a .45. Or a .44. And maybe he wasn’t drinking at the Bill Curtis Saloon, but the Bucket of Blood—hell, I’d be curious to throw back a few at the Bucket of Blood. (I haven’t, but for the record, I have had whiskey at Berlin’s Stagger Lee.) Curiously, though, only few versions see any repercussions to Stagger Lee’s actions. In Woody Guthrie’s version, he’s hanged for his crimes, and in the Dead’s version, mentioned above, Delia blasts him in the nuts and drags him to city hall. It seems that only “Wrong ‘Em Boyo,” The Rulers’ rewrite of the tale that was later made famous by The Clash—sees Billy himself get his revenge: “I’m gonna have to leave my knife in your back.” But most of the time? Stagger Lee shoots Billy full of lead, breaks the bartender’s glass, and that’s it. Stagger Lee pours himself a drink, walks off into the sunset, or maybe somewhere down the line even comes face to face with the law. Most of the time we don’t know. But one thing we know for sure: Stagger Lee will find his way back for another showdown. He always does.