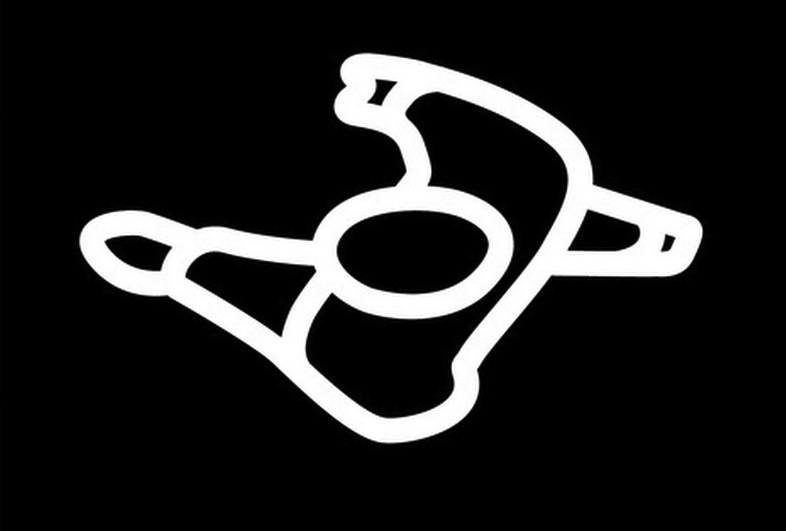 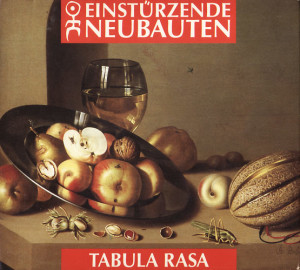 Less a song than a multi-part suite stretching across 15 minutes (split into two tracks on the U.S. CD version), “Headcleaner” is Einsturzende Neubauten at their most ambitious and driving. More accessible than their early experiments but still punishing and tense, “Headcleaner” is a standout of industrial music in the ’90s, retaining the manic, art-damaged performance of its earliest days while hitting a groove that artists such as Nine Inch Nails and Ministry would adopt around the same time. It’s given some brief interruptions in the form of ambient and musique concrete sections, but by the chant of “Taaaa-bula rasa!”, this beast of a track is on fire. – JT 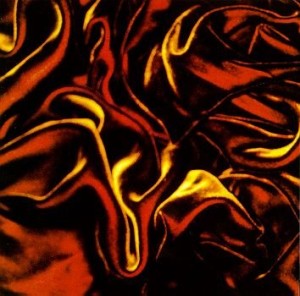 Spider-web connections entangle many Mute artists; these London ladies form a perfect example. Nick Cave ally Barry Adamson discovered MSG as a trio of classical singers. They recorded with him and Fortran 5 prior to getting signed, then were assigned Alex Paterson (The Orb) to remix their first single. Afterwards, Mute quietly supported them through as dramatic a stylistic shift as you can imagine. “Sunshine” and the Suspiria album are where Miranda Sex Garden fully cleaved to darkwave and goth from the a capella English madrigals that got them noticed. It’s music that rests at the nexus of Cocteau Twins’ dream-pop, Dead Can Dance’s medieval sensibilities, and the ragged shoegaze melodies of My Bloody Valentine. – AB 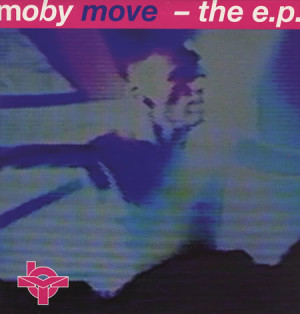 Using a sampled diva delivering a thinly-disguised nod to God and pulsing keyboard energy that was maybe a few BPMs above the norm, Moby helped American techno take its first steps toward commercial relevance. This was the once and future Richard Melville Hall’s escape from irksome business dealings with the Instinct label, so he was happy. Mute’s new signing landed on UK charts and topped U.S. ones almost immediately, so they were happy. There are indeed moments when putting the ecstasy in ecstatic house doesn’t necessarily mean pills on your tongue in the club. Moby made a moment that lasted. Everybody’s happy. – AB 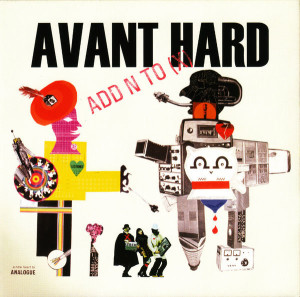 Electronic outfit Add N to (X) emerged during the era of Big Beat, but their sound took influence from a sphere well outside The Prodigy and Chemical Brothers. Something like a hybrid of Esquivel and Kraftwerk, but gone industrial, Add N to (X) were an interesting anomaly of the late ’90s, though they still had their share of dancefloor bangers. “Metal Fingers in My Body” is as hard as the group ever grooved—and it grooves hard, all fuzzy synths and heavy-hitting beats. It also was released with a fairly explicit animated video depicting human-robot sex, which apparently aired after hours on MTV (much like the similarly explicit “Smack My Bitch Up” clip). But with a title like “Metal Fingers in My Body,” there’s a good chance you’re going to get something weird. – JT 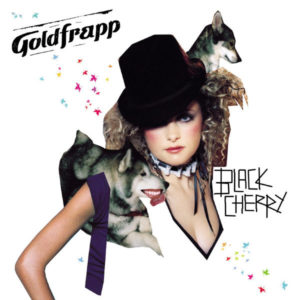 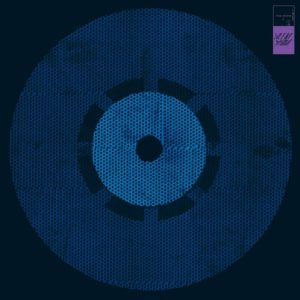 Swedish siblings Karin and Olof Dreijer were relatively unknown in the U.S. prior to Silent Shout, perhaps because a market for anti-capitalist goth microhouse hadn’t quite opened up. This album changed that, and the album-opening title track in particular making a breathtaking introduction to the duo’s plague-mask personas and menacing beatscapes. It’s a brilliantly chilling piece of work, highly rhythmic and even fun, but cloaked in a darkness that’s at once intriguing and eerie—the duo’s effects-altered voices making it all feel even more dangerous. This being the group’s first for Mute led to their previous Rabid-released albums being reissued by the label, around the same time that another new Mute signee, José González, was becoming retroactively discovered in the U.S. thanks to his own cover of a song by The Knife. Synchronicity. – JT 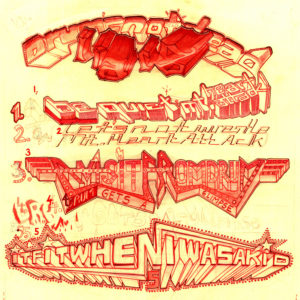 Liars – “The Other Side of Mt. Heart Attack”

The task of choosing a Liars track to enter into this extensive Mute playlist was a difficult one, if only because they’re a band whose sound and ethos is impossible to capture in one track. They’ve seemed to reinvent themselves with each of their full-length releases, each of which presents a fascinating new aspect of their sound. Still, Drum’s Not Dead is something of a personal favorite as it traded the group’s dance-punk sound in favor of a spacious art-rock founded in the psychedelic repetitions of Can and This Heat. “The Other Side of Mt. Heart Attack,” its closer, is the most big-hearted they’ve ever been, with frontman Angus Andrew singing, “I won’t run far…I can always be found.” It’s warm and nourishing, which is an odd thing to say from a band who’s spent much of their career with the switch set to provocative. – JT 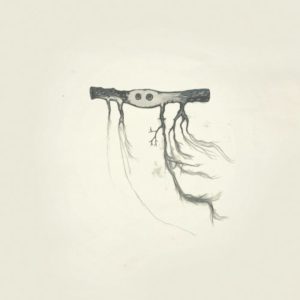 Swedish singer/songwriter Jose Gonzalez found his music populating the blogosphere in the mid-’00s, in particular a pair of widely-circulated covers: The Knife’s “Heartbeats” (which inadvertently led to a second life for the song) and Massive Attack’s “Teardrop.” Yet those didn’t overshadow Gonzalez’s own songwriting, which is at its strongest on “Killing For Love,” a psychedelic folk gallop that has way too much muscle and momentum for an indie folk song. Despite the obvious comparisons to groups like Kings of Convenience, Gonzalez’s playing style has always been more rhythmic and pulsing than breezy and gentle—it’s no wonder he’s so drawn to playing his own unique versions of songs by electronic artists. – JT 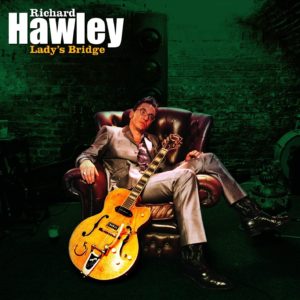 Richard Hawley – “Tonight the Streets Are Ours”

Richard Hawley is an interesting product of the Britpop era, having been a member of the excellent but not-quite famous Longpigs as well as a brief stint in the much-more-famous Pulp. Yet as a solo artist his material strikes a markedly different chord. Influenced by the likes of Johnny Cash and Roy Orbison as well as Scott Walker, Hawley’s sound is one of a classic singer/songwriter, and yet “Tonight the Streets Are Ours” feels both contemporary and outsized, a blend of a vintage pop sensibility and a big-hearted indie anthem. There’s a sense of romance and sincerity about it that’s charming, but it sounds big enough to be a blockbuster. – JT 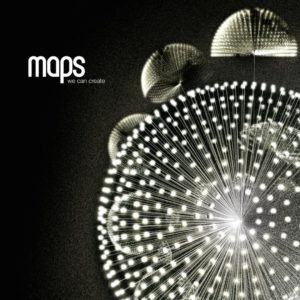 Maps, the project of British artist James Chapman, came to Mute not long after M83 did, and it’s easy to draw parallels between the two. They’re essentially both dreamy, shoegaze-leaning outfits heavy on electronics and driven by a central songwriter. Maps’ music is more influenced by the slow-mo dreamstates of Slowdive, however, as “Lost My Soul” displays. In fact, Chapman’s voice is even a dead ringer for that band’s Neil Halstead. Ultimately, though, “Lost My Soul” is a gorgeously orchestrated dream pop ballad with both fuzz and strings, and it’s breathtaking. – JT