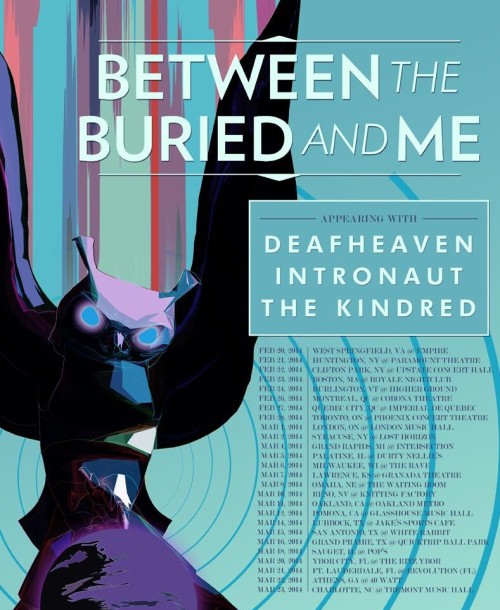 A new round of Deafheaven tour dates have been announced in support of their face-melting masterpiece Sunbather, which hasn’t left regular rotation on all of our listening devices as of yet. The band is embarking on a spring tour in support of prog-metalcore group Between the Buried and Me. Intronaut and The Kindred are also on the bill, so you’ll be guaranteed four types of metal madness.

Tags
Between the Buried and Me Deafheven tour dates

Between the Buried and Me : Automata II

Between the Buried and Me : Automata I