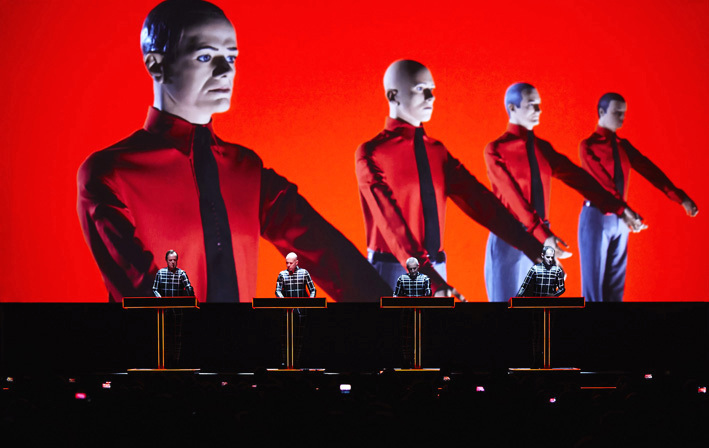 Electronic music pioneers Kraftwerk have been playing more shows of late, having recently performed a series of shows in Los Angeles and Oakland, as well as having played a handful of performances in Toronto, Chicago and Montreal in March. Today, the krautrock-era innovators have lined up a full North American tour that includes shows in Portland, Denver, Austin and Nashville, in addition to many other cities. Their new performances are pretty elaborate 3-D multi-media experiences, so expect to see something pretty stunning if you’re in any of these towns. Take a look at the group’s tour dates below.