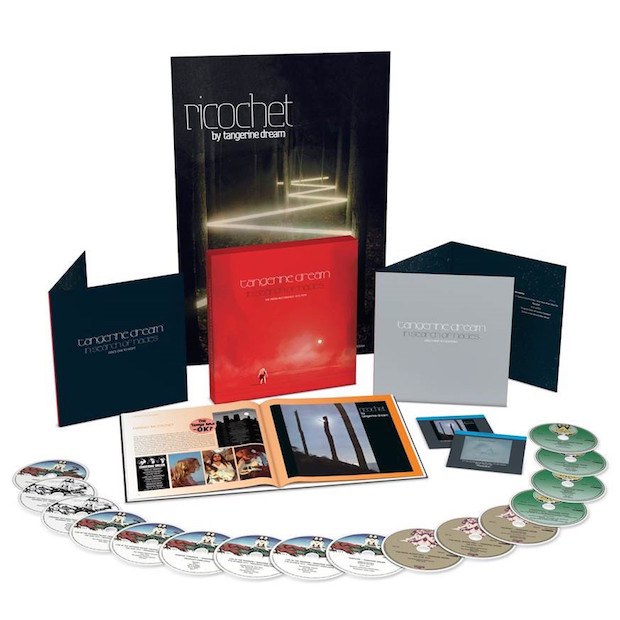 The box set also comes with 2 Blu-ray discs of previously unreleased BBC footage, as well as a German documentary featuring members of the band. There are also two CDs of unreleased outtakes and a 68-page hardback book. Listen to Steven Wilson’s new mix of “Stereo C” below. Take a look at the full details of the box set here.

Tangerine Dream was founded in 1967 by Edgar Froese, who died in 2015. The band has continued to release music since.

Tangerine Dream’s Zeit is on our list of 10 Essential Ambient Albums.