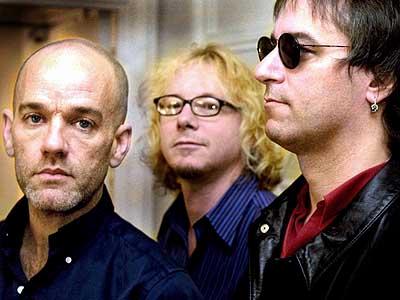 It’s shocking how easily a band’s reputation can be shredded to bits by a bad album or two, especially considering how easy it is to click a Mediafire link and download whatever you want in a matter of minutes. I’m as guilty of it as anyone else. I have no expectations whatsoever for the new Interpol album, and may not even listen to it. I know this is ridiculous. But Our Love to Admire destroyed the goodwill their first two albums had created, and now I simply don’t care. Thinking in these terms is strange, but digital distribution has changed music in ways that we can’t even fully understand at this point. I am a child of that generation, not even a teenager when Napster rolled around and changed everything about music.

I’m not too young to forget about savoring albums as they came out, though. The first album I ever bought has shaped my understanding of music and helped foster the innate love that stands even today. I was six years old, and R.E.M. were one of the biggest bands in the world. It’s often thought that Nirvana were bigger, but they weren’t — In Utero didn’t really move until Cobain killed himself. Nevermind was supposed to be a fluke until what happened in his greenhouse. The only band really competing with R.E.M. at that point was Pearl Jam, who were actually selling more records, and R.E.M. were much better. The contract they signed with Warner was pretty unprecedented, and resembled Sonic Youth’s deal with Geffen. They had near-complete creative control.

But now R.E.M. is seen by my generation as being distinctly uncool. This is despite the undeniable influence of their work with I.R.S. on modern indie rock. In other words, the music the kids listen to is the same as R.E.M., but the influence has become so ingrained in music in general that they frequently don’t even realize the influence exists.

But that’s not the interesting thing about R.E.M. What makes their story both fascinating and sad is that the songs that developed their uncool reputations are really fucking good. Set aside “Shiny Happy People” and its ubiquitous aggravating music video, as that song is only really still played on radio stations that no self-respecting person under the age of 50 should be listening (even those who do aren’t listening to indie rock, anyway). I’m specifically referring to songs like “Losing My Religion,” “What’s The Frequency Kenneth,” “It’s The End of the World As We Know It” and “The One I Love.” All the songs just listed are fantastic pop songs, but in the eyes of younger generations, because their parents liked them, they were automatically shit. R.E.M.’s decline in the public eye has nothing to do with the two lackluster albums before their 2008 return to form Accelerate (I stand by Up as deeply underrated, but Reveal and Around the Sun are unforgivable), but instead simply because of age. Teenage rebellion is built on a rejection of what parents like, and counterculture had no choice but to reject R.E.M. even as they built themselves on their blueprint.

My personal experience with R.E.M. started with my father, who constantly spun Out of Time and Green when I was younger. The key to my holding fast to R.E.M. is built admittedly on hearing the songs before even knowing the word counterculture existed, much less subscribing to it. So buying Automatic for the People had no internal significance in terms of cool and uncool, because I hit R.E.M. at an age where cool and uncool didn’t even matter. I wasn’t far from middle school’s social alienation and my redemption in high school, but I was far enough. I remember sitting in my room and listening to “Star Me Kitten” and giggling at the “fucks,” air-guitaring poorly to “Ignoreland,” looking up the political references on “Drive,” rewinding “The Sidewinder Sleeps” tonight and formulating thousands of guesses as to what Michael Stipe was saying (“Come on Konichiwa” was my most frequent reading).

Then Monster was released, and the goodwill started disappearing. My father gave me Monster a week after buying it, calling it “the most pretentious piece of shit I’ve ever heard.” This is funny because the whole point of Monster was a shot at unpretentiousness. Monster does seem like it’s trying too hard sometimes, but it continues even today as my choice for most underrated R.E.M. record. It has some horrible, horrible moments (I can’t think of any other song that can top “Bang and Blame” in great verse/horrible chorus ratio), but songs like “Let Me In,” “Crush With Eyeliner” and “Star 69” make my frequently updated “best of R.E.M.” mixes I make to try to get dismissive friends to change their minds.

New Adventures in Hi-Fi came next, which is now my favorite album of the Warner years. The most immediately noticeable thing about it was the looseness and swagger contained within its sprawl, which felt new and different as compared to the studied production of the R.E.M. records before it. It was recorded mostly live at soundchecks on tour, and it showed. Review after review mentioned it felt like the records they had made before their signing to Warner.

I then devoured the I.R.S. records, buying a new one every week or two as my allowance permitted. At this point I was dabbling in independent music and it shocked me how ahead of the curve they were. It’s still unbelievable to listen to Murmur and not see its influence scrawled all over most of the records I like. I also saw Michael Stipe as utterly alien at this point. My mom and dad saw him at a bar once after the band opened for The English Beat around the time Murmur came out, and he dismissed their compliments about the show with a “no, we were awful.” Part of Stipe’s appeal at the time the early records came out was built in his inscrutability. Once he started talking and became human, as on the atrocious live DVD released at the height of their fame, there was nowhere to go but down.

I still love R.E.M. and listen to them constantly, and they have a permanent place in my top five favorite bands. But there’s something missing. The connection I had to them when I was younger has dissipated considerably, which I partially attribute to the 60,000 albums that leak every day. But it also has something to do with growing up, seeing behind the curtain and finding that they were just as broken as we all feel sometimes. Everybody Hurts, indeed.