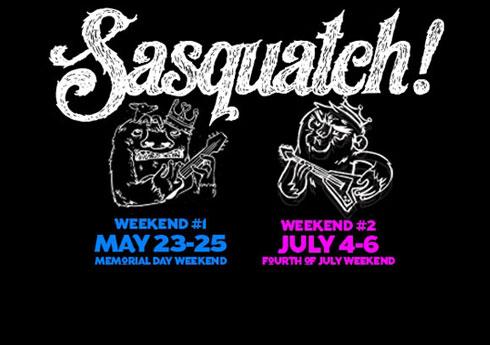 The Sasquatch 2014 lineup of musical acts has just been revealed, and boy, is it overwhelming — and impressive. This year, the festival is stretching out over two full weekends — May 23-25 and July 4-6 — at the Gorge Amphitheatre in George, Washington. And unlike Coachella, the weekends will feature entirely different lineups depending on which one you attend.

Take a gander at the poster below to see all the acts performing this year. 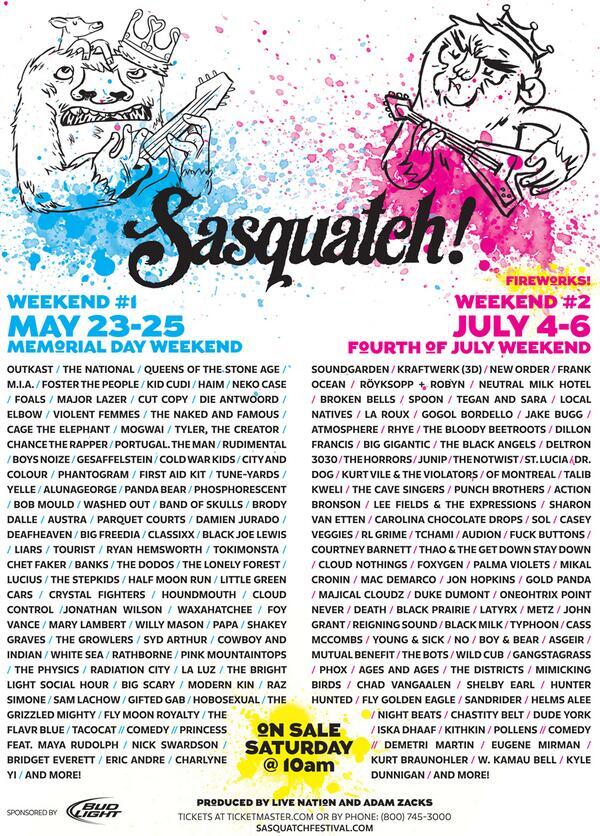