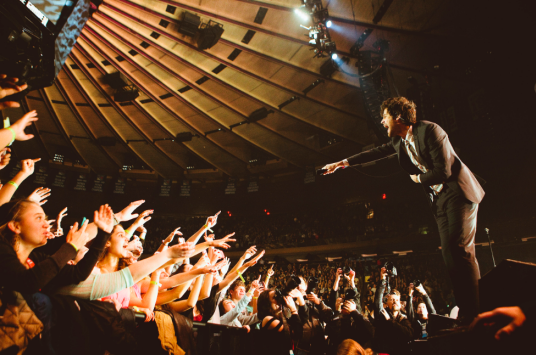 Synth-pop dynamos Passion Pit are touring all up and down this great land of ours this fall. After some cancellations last year due to singer Michael Angelakos’ mental health, the band has been full-steam ahead for the better part of the last year in support of new album Gossamer. The band is also offering specially priced tickets for two dates at Pier 26 in New York City in September. The band had previously performed there in February, but are doing a solid for fans who were unable to attend due to the blizzard. Proceeds from these ticket sales will be donated to the American Foundation for Suicide Prevention. Check out the tour dates below.